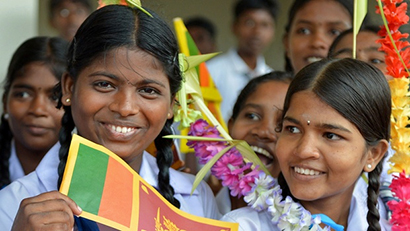 A Sri Lankan Tamil refugee rehabilitation organisation which has been working in Tamil Nadu and Sri Lanka for the past 30 years, has sought a Memorandum of Understanding (MOU) between Sri Lanka and India to facilitate and expedite the return of the refugees to the island nation.

In a letter to President Mahinda Rajapaksa, S C Chandrahasan, Treasurer of the Organization for Elangai Refugees’ Rehabilitation (Ceylon), pointed out that around 65,000 Lankan Tamil refugees living in 110 camps in Tamil Nadu were to return to Lanka by 2012, but so far, only about 8,000 have returned.

Since the slow pace is attributed to some serious concerns raised by the refugees, guarantees need to be given by both Colombo and New Delhi, he said.

“These could be incorporated in an Memorandum of Understanding  between Lanka and India,” Chandrahasan suggested.

In a document detailing the requirements for a “well-planned and structured return programme,” Chandrahasan said that it had been drafted after 17 consultations with refugees from 110 camps across 25 districts in Tamil Nadu.

Allaying Lankan fears of the return of militants in the guise of refugees, Chandrahasan said that due to their long stay in India, refugee youths value democracy and non-violence.

With over 3,000 graduates among them, the refugees could contribute to reconciliation and democracy in Lanka, he added.

When the Tamil population in Lanka is dwindling due to migration, and lands may change hands, a Mannai Meetpom (Let’s Regain Our Land) movement is called for, and facilitation of the refugees’ return is part of it, Chandrahasan told the Indian Express.