ISIS’ territory has shrunk by 16 percent to the size of Sri Lanka: Research 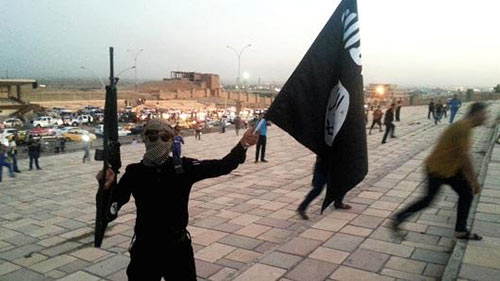 The amount of territory controlled by the Islamist militant group, the so-called Islamic State (ISIS), has shrunk by 16 percent so far this year, according to new research from IHS Markit.

Research by the organization showed that the group is losing more of its territory – which it calls a caliphate, or religious state – year-on-year.

As of October 3 2016, the Islamic State controlled roughly 65,500 sq kilometres in Iraq and Syria, which is roughly the size of Sri Lanka, IHS Markit noted.

The last time IHS’ Conflict Monitor assessed the size of ISIS’ territory on July 4, it controlled an area the size of Ireland, or roughly 68,300 sq kilometres.

The origins of ISIS are not clear cut, with the group one of several burgeoning Islamic militant movements in the Middle East in the 21st century. In 2014, however, the group took control of swathes of territory in Iraq and Syria, taking advantage of sectarian divides and popular dissatisfaction with the ruling regimes in both countries.

The group now has affiliates around the world and governs according to strict Islamic doctrine. It has suffered a number of significant losses this year such as the loss of Ramadi, Fallujah and Palmyra. It still maintains the strongholds of Raqqa and Mosul, however.

The U.S.-led coalition of western forces targeting ISIS with airstrikes are not acting alone with Iraqi forces, the Syrian army and a myriad of rebel groups on the ground a central part of the strategy to defeat the group.

In August, the Pentagon announced that ISIS was “on the retreat” and that the number of fighters it could call on – estimated then to be around 20,000 – was on the decline. That, combined with the latest research from IHS Markit, suggests that there in progress in the battle against ISIS.

“The Islamic State’s territorial losses since July are relatively modest in scale, but unprecedented in their strategic significance,” said Columb Strack, senior analyst and head of the IHS Conflict Monitor.

“The loss of direct road access to cross-border smuggling routes into Turkey severely restricts the group’s ability to recruit new fighters from abroad, while the Iraqi government is poised to launch its offensive on Mosul.” That offensive is expected to begin around October 19.

Home » ISIS’ territory has shrunk by 16 percent to the size of Sri Lanka: Research