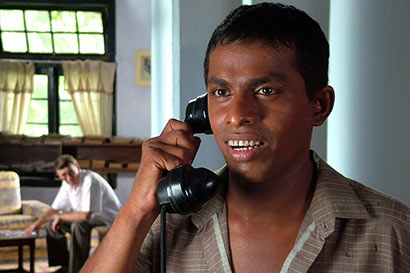 Jagath Chamila has won the Best Actor award at the New York City International Film Festival for his role in Priyankara Vittanachchi’s film Sam’s Story. Four other actors from US, Denmark, Cuba and Canada were nominated for the award.

The film “Sam’s Story” is based on the critically acclaimed book of the same name written by Capt. Elmo Jayawardena that won the Gratiaen Prizein 2001. The story is woven around ‘Sam’, the protagonist, who is a poor, mentally challenged boy from a Sri Lankan village