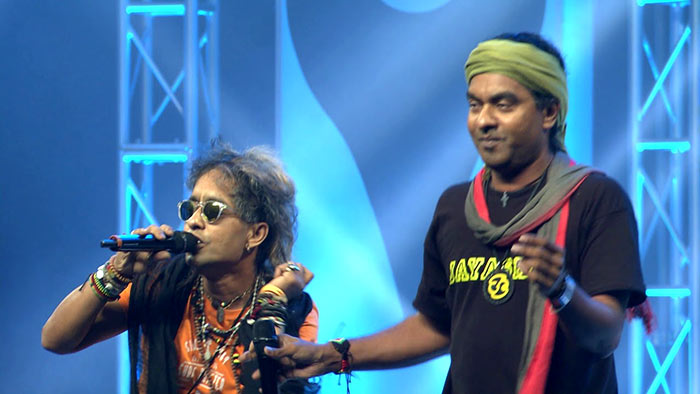 The Colombo Commercial High Court has issued an injunction order against Rohitha Jayalath and Rohana Jayalath of the “Jaya Sri” band by preventing them from singing 20 songs from their “Mod Goviya” and “Sundariye” albums.

They also are not allowed to promote and release those songs to the internet.

The order was issued by Colombo Commercial High Court Judge Priyantha Fernando after considering the complaint lodged by Aruna Liyanage, a former member of the “Jaya Sri” band.

The enjoining order is effective till 31st December 2021.

The complainant said that he and the two respondents in the case formed a band called “Jaya Sri”.

The complainant stated in court that the two respondents had left the band but they were singing songs belonging to albums “Mod Goviya” and “Sundariye” composed by the band without permission, which was contrary to the Intellectual Property Act.

After considering the facts presented, the Commercial High Court issued notice to the two respondents and issued the injunction order.