JVP: People are realising two groups that ruled country have failed them 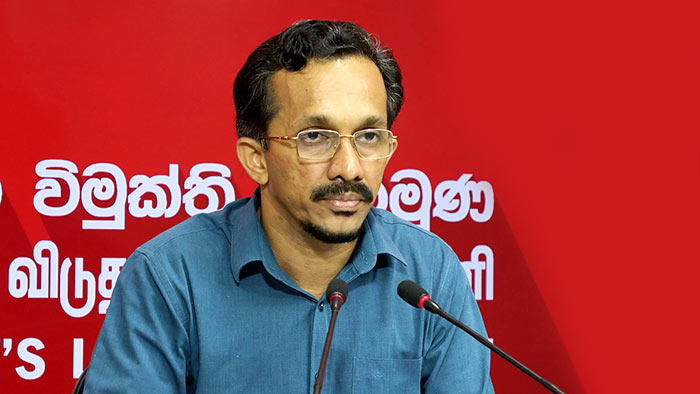 No one in the government is equal to the task of managing the economic crisis, former JVP parliamentarian Sunil Handunetti says.

The government had tacitly admitted that it could not solve the burning problems affecting the public, Handunnetti said yesterday. “The dollar shortage has affected many businesses. Importers can’t bring anything in and most of our domestic production depends on imports. There is a crisis in the energy and agricultural sectors.

Handunetti said that no one in the government took responsibility for the sorry state of affairs.

“The State Minister of Consumer Affairs refuses to take responsibility for shortages of essentials. He doesn’t accept that weakening of the CAA has led to the current gas crisis. The Minister of Agriculture refuses to admit that there is a crisis in agriculture.

The only silver lining is that most people were wising up to the fact that the two parties that governed the country had failed them, the ex-MP said.

“People now admit that this is the reality and they want a solution. They know that someone who has a real desire to address the issues has to be elected. It is obvious that the JVP can save the nation because we have enough resources to take the country out of this mess. The country only needs to be ruled by a political party capable of making it better for everyone to live in. We urge the people not to hold on to the parties they have been voting for traditionally.

3 Responses to JVP: People are realising two groups that ruled country have failed them

Home » JVP: People are realising two groups that ruled country have failed them