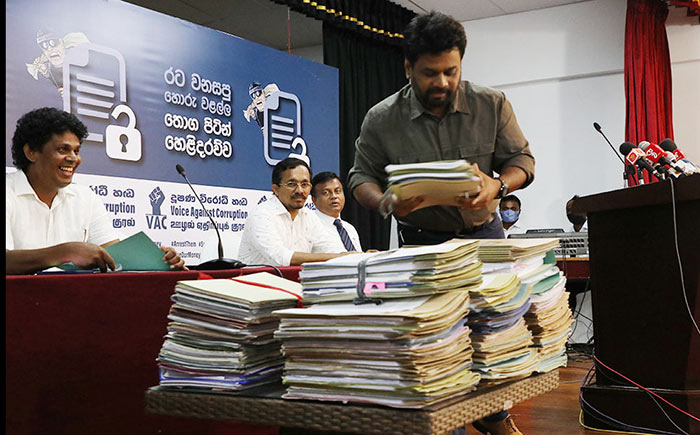 Leader of the JVP, Parliamentarian Anura Kumara Dissanayake today (May 03) revealed extensive details of incidents of corruption in the country.

Speaking during a media briefing at the Sri Lanka Foundation Institute, MP Dissanayake revealed that they had over 500 files on politicians, former ministry secretaries, and investigative officers involved in defrauding public funds

He also revealed that Sajith Premadasa had misused Rs. 3 billion funds of the Central Cultural Fund without proper approval.

According to MP Dissanayake, most of Former Finance Minister Basil Rajapaksa’s properties are in the name of businessman Thiru(kumar) Nadesan.

“One of the most infamous deals was the one with the Gin Nilwala Diversion project (GNDP) for Rs. 4,100 Million to China CAMC Engineering Co Ltd,” he told reporters at the media briefing.

Dissanayake said that China CAMC Engineering Co Ltd has a bank account in Hong Kong and it released funds to ROOD International to the tune of USD 5 Million on separate occasions.

The company in question belongs to Thiru Nadesan, said Anura Kumara adding that ROOD International transferred funds to a Sri Lankan bank in Colpetty, and the money deposited to that account was used to purchase the infamous property in Malwana.

MP Dissanayake said recently an international revelation was made that the government in 2014 paid USD 6.5 million through then Governor of the Central Bank of Sri Lanka Ajith Nivard Cabraal to an American businessman Imaad Zuberi, who was a CIA mole, to buy influence and fix Sri Lanka’s image in the United States.

The MP said Zuberi is currently serving 12-years in prison.

MP Dissanayake said Governor Cabraal paid USD 6.5 million adding that he too rightfully should be serving a prison sentence.

The Parliamentarian also noted that investigations revealed that the funds directed to Zuberi were not used to influence Sri Lanka’s image.

The MP added during the 2015 Presidential Election a large sum of funds of the Sri Lanka Transport Board, the Sri Lanka Tourism Development Authority, and several other institutions were used to sling mud at then-candidate Maithripala Sirisena.

He noted that corruption is not carried out by a single individual arbitrarily, adding that those engaged in corruption do so with the state’s blessings and are protected by the state.

Dissanayake charged that the group elected by the supremacy of the people are misusing their powers for personal benefits, adding that the corrupt ring includes businessmen and not just politicians, who were responsible for the sugar, Value Added Tax, and Customs scams.

The JVP leader also charged that there are deal businessmen, around 50 administration officers, secretaries and directors of state institutions, investigative officers including Policemen, media organisations, and individuals within the legal system of the country.

He noted this corrupt and fraudulent system must be defeated. 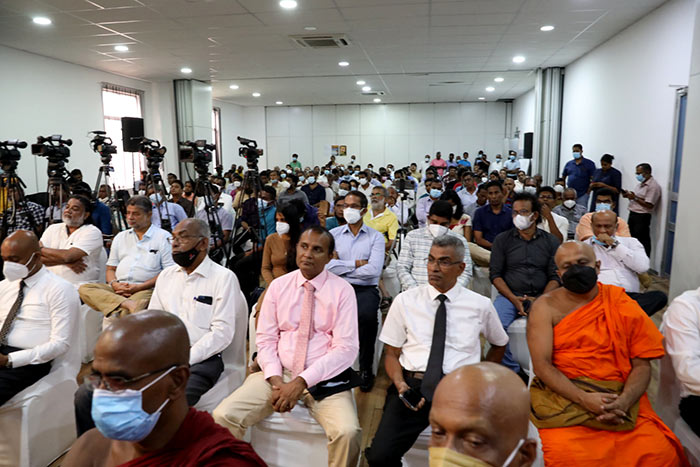 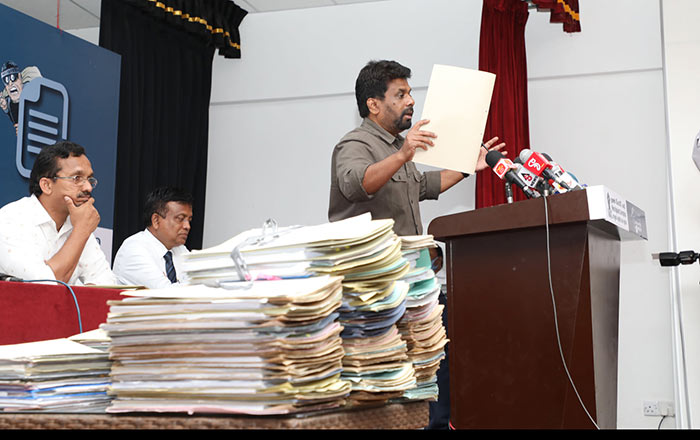