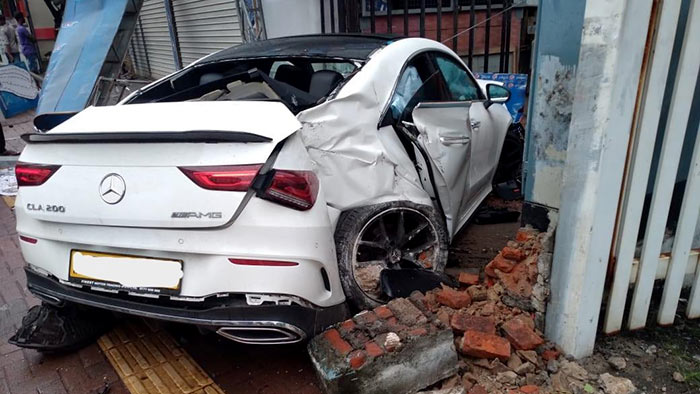 Mohammad Ryzul Rizzaq, the 26-year old driver of the Mercedes car, who was remanded over the fatal accident in Kollupitiya, was released on bail today (December 16).

He was released by the Hultsdorf Magistrate’s Court on two surety bail of Rs.500,000 each when he appeared before Court after being remanded till today (December 16).

The individual was ordered to appear before the Colpetty Police on the last Sunday of every month between 9:00 AM and noon.

The suspect driver has paid Rs. 1.5 million to the three children of the victim.

The overseas travel ban imposed on the suspect will continue to remain in place while the Court impounded his driver’s licence.

The Kollupitiya Police was ordered to hand over the individual’s licence and passport to the Court.

The suspect fled to Dubai, a few hours after the Mercedes Benz car which he drove smashed against a three wheeler while returning from a night club and was arrested at the Bandaranaike International Airport (BIA) on his return.

The case in this regard will be taken up once again on the 9th of February 2023.