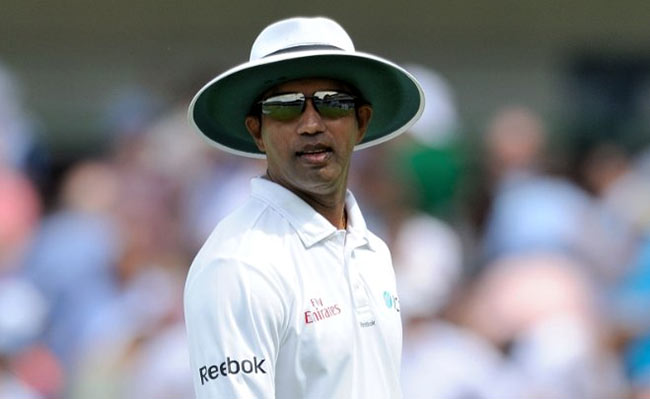 Sri Lankan umpire Kumar Dharmasena has won the David Shepherd Trophy for ICC Umpire of the Year 2018 for the second time.

Kumar Dharmasena was voted as Umpire of the Year by international captains and ICC Match Referees, winning the David Shepherd Trophy for the second time.

Dharmasena hoped this award would inspire other Sri Lanka officials: “It has been a very satisfying year for me and this award from the ICC is a great honour and privilege. This comes six years after I was first named for the award and will inspire me to keep doing the job I love so much. I have always been passionate about cricket, both as a player and an umpire and look forward to keep working hard and challenging myself in order to meet the demands of this great game.

“I would like to thank my wife for being the strength behind my achievements and also my kids for their support and understanding. I would like to thank Mr. Peter Manuel, my coach, for his guidance from the start of my umpiring career, together with all the other coaches from ICC and Sri Lanka Cricket. I take this opportunity to thank all my fellow colleagues for all the encouragement and support over the years, without which this would not have been possible.”

Meanwhile Australia opener Aaron Finch has won the ICC Men’s T20I Performance of the Year award for the second time after his world record 172 against Zimbabwe in Harare last July was chosen by the ICC Voting Academy.

India winning the ICC U19 World Cup in New Zealand has been voted as the Fans’ Moment of the Year with 48 per cent of the votes. Afghanistan’s miracle comeback at the ICC Cricket World Cup Qualifier came in second with 36 per cent votes.

2 Responses to Kumar Dharmasena wins ICC Umpire of the Year