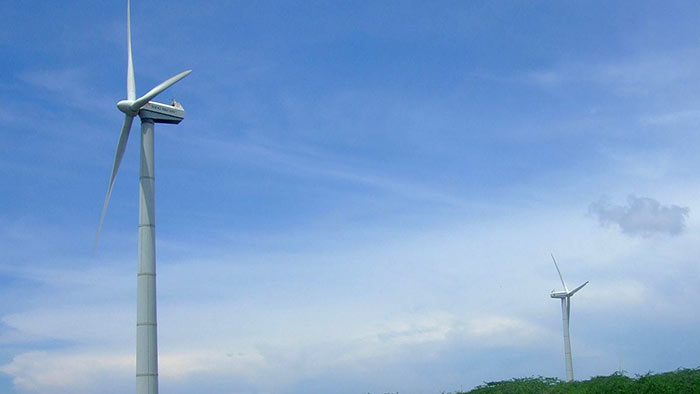 Speaking during the event Prime Minister Rajapaksa said the present administration directed attention towards meeting the electricity demand in the country.

‘Thambapavani’, operating as an eco-friendly project, is valued at USD 135 million. The project was completed within a period of less than one year.

The wind power plant can generate electricity for a cost as little as Rs. 8.00 per unit, said Velu Chandrasekaran, the Environment and Social Security Officer of the project.