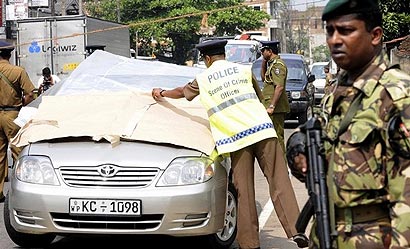 The army intelligence officer arrested in connection with the murder of Sunday Leader Editor Lasantha Wickramatunga has been acquitted from all charges and released by the Mount Lavinia Magistrate’s Court.

Wickramatunga was shot at Attidiya by unidentified gunmen on motorcycles as he drove to work in January 2009. He died from head wounds after nearly three hours of surgery.

The Colombo Terrorism Investigations Division arrested a Nuwara Eliya garage owner and the army intelligence officer over the assassination.

The garage owner, T. Jesudasan (36), died due to an illness while in remand custody while the former army officer, Kandegedara Priyawansa had been released on bail.

He appeared before the court when the case was taken up today (6) and was acquitted from all charges and ordered released by Mt. Lavinia Chief Magistrate Ranga Wimalasena, according to the instructions of the Attorney General.