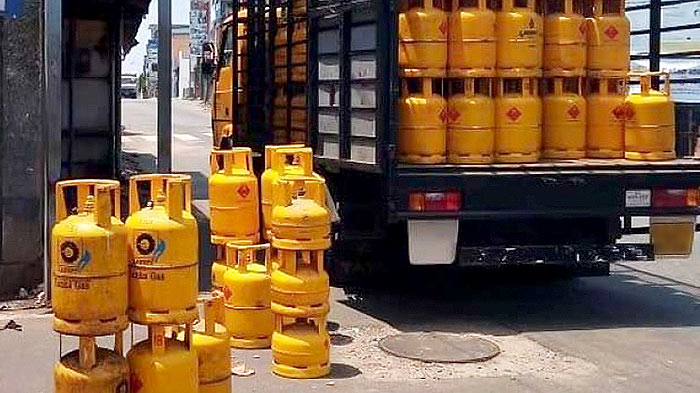 Laughs Gas Company yesterday claimed that they were unable to import gas as they did not have adequate US dollars for that purpose.

Laugfs Chairman, W. Wegapitiya said they had only supplied gas needed by factories.

The Consumer Affairs Authority yesterday instructed Litro Gas Company not to accept a shipment of 3,700 metric tonnes of gas imported by the company because it does not contain adequate amounts of ethyl mercaptan, which emanates a pungent smell in case of gas leaks. Ethyl mercaptan is commonly used as an additive to odorless gasses, like butane, propane, and petroleum.

Gas explosions are still being reported from across the country. Explosions were reported at Kataragama and Bandaragama in the 24 hours that ended at 12 noon yesterday. A woman was injured in the gas explosion at Kataragama.