Laws to give stern punishments for ragging will be implemented – President 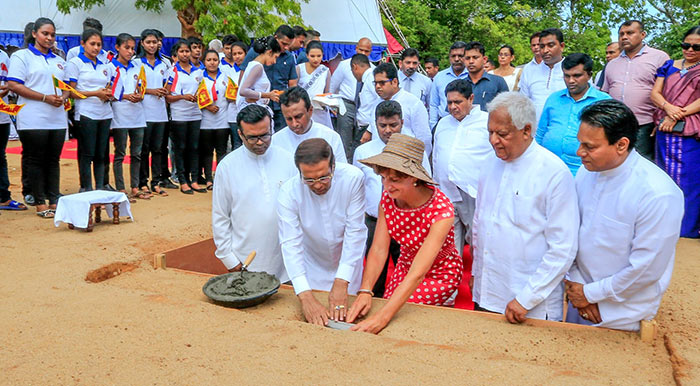 President Maithripala Sirisena says the laws to give stern punishments will be implemented in the future against the people who engage in ragging incidents while properly implementing the Prohibition of Ragging Act.

The President further said that this could not be allowed to happen in universities destroying the future of the university students and said that the government will launch a special programme to safeguard the quality of university education.

Speaking further, President Sirisena said that the statistics show that the number of students who were selected to the universities, but declined to enter because of ragging was over 1500. Furthermore, nearly 25 students died in the last 25 years due to ragging and thousands of students suffered physically and mentally. The President emphasized that due to the cruel activities of a small number, the lives of the majority of students could not be allowed to be destroyed.

The President further said that at present certain political groups have held hostage the university students and those attempts of spreading the barbarism among the children who are to take the future of the country should be defeated.

Speaking on the importance of safeguarding the quality of school education, President Sirisena said that in some instances education professionals are still not ready for the reforms that should be implemented in the field of education as a country which is moving forward with the rest of the world. The President said that the enrollment of a large number of students in some schools which are considered as popular schools is one of the reasons for the decline in the quality of school education.

The President emphasized the importance of being update with the new world and modern technology changing the traditional views regarding the vocational education and pointed out the importance of creating a trained workforce targeting the foreign job market while producing a workforce required for the national production process and industries.

This training centre composed of all the modern facilities will be constructed in a land of 17 Acres in Doradeka area in Polonnaruwa on the Hikurakgoda, Madirigiriya Road. The amount spent on this is Rs.6500 million. The Government of Netherlands provides funds for this project.

This training centre, which has modern technical facilities will be providing the training under full time courses of NVQ 4 and 5 levels for 1325 technical assistants and diploma holders annually. Additinally it will also offer semi diploma courses for the professionals. Five training schools will be opened for the fields of construction, motor mechanism, electronics mechanism, hospitality, and tourism, agriculture, and to conduct 34 full times vocational courses. The construction will be completed within 3 years and the training will be conducted in January 2022.

The President, who inaugurated the construction works of the training centre made an observational visit of the premises. He also launched the website which contains the information on the development of vocational skills.