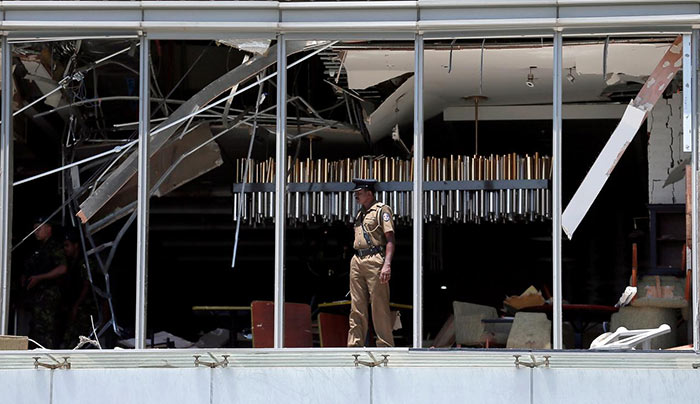 A lawyer who sustained injuries from the suicide bomb on Easter Sunday at the Shangri-La Hotel, Colombo, yesterday filed a Fundamental Rights petition in the Supreme Court seeking a compensation of Rs. 500 million for the injured.

The petitioner further sought a declaration that the respondents have infringed the Fundamental Rights of the petitioner and of citizens as guaranteed under Article 11, 12(1), 14(1)(a), and 14 (1) of the Constitution. The petitioner states that on April 21, he had gone to the Shangri-La Hotel to collect a pen drive he had left at the Hotel Business Centre after a meeting he had with two of his clients at the hotel.

The petitioner stated that at around 8.10 am on April 21, 2019 he had collected the pen drive and was headed towards Table One of the restaurant at Level 3 of the Hotel to have his breakfast.

The petitioner stated that the Catholic religious leaders had not received any warning regarding a potential terror attack and, therefore, the relevant defence authorities had clearly failed to warn and inform the churches regarding such attacks.The petitioner stated that one or all 34 respondents could be prosecuted for the commission of or, abetting to the commission of, offences under Sections 298, 299, 112, 113 of the Penal Code.

The petitioner seeks to challenge the arbitrary, illegal, unlawful, discriminatory, unreasonable and mala fide actions or inactions of one or all of the respondents, President or State which have infringed the Fundamental Rights of the petitioner guaranteed under Article 11, 12(1), 14(1)(a), and 14 (1) of the Constitution. This petition will be taken up for support on July 12.