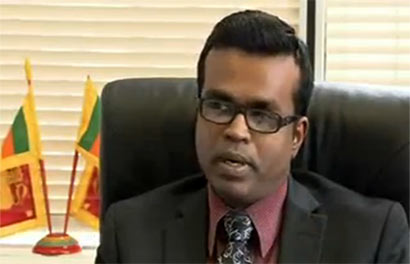 “The government has observed a surge of communally harmful sentiments in the recent past. The proposed law was put on hold after considering views expressed by the media and other civil society organisations that it would limit the freedom of expression. It is due to a technical fault that the PTA regulations were included in the proposed amendment to the Penal Code,” the Deputy Minister told The Island.

“We have not given up,” the Deputy Minister said, adding that the government expected to table a new Bill in Parliament next year after rectifying the technical default. Such laws were in existence in other countries and Sri Lanka also needed a regulation of that nature as a reconciliatory measure.  The draft law was in no way a hindrance to media freedom or free speech in the country, the Deputy Minister assured.

He said the government’s policy was to ensure media freedom while promoting harmony among all the communities living in the country.

The Bill which was presented to Parliament on December 11 states, inter alia: ‘Whoever, by the use of words spoken, written or intended to be read, or by signs, or by visible representation, or otherwise, intends to cause or attempts to instigate acts of violence, or to create religious, racial or communal disharmony, or feelings of ill-will or hostility, between communities or different racial or religious groups, shall be punished with imprisonment of either description for a term exceeding two years.’

The Bill to amend the Criminal Procedure Code sought to introduce provisions of a two-year prison sentence for anyone guilty of ‘causing or instigating acts of violence or religious, racial or communal disharmony or feelings of ill-will or hostility by the use of words spoken, written or intended to be read, or by signs, or by visible representation or otherwise.’

The Human Rights Commission last week advised the government to withdraw the proposed amendment to the penal Code and substitute it with the relevant provision of the ICCPR Act of 2007.

(Source: The Island – By Subashini Samaranayake)