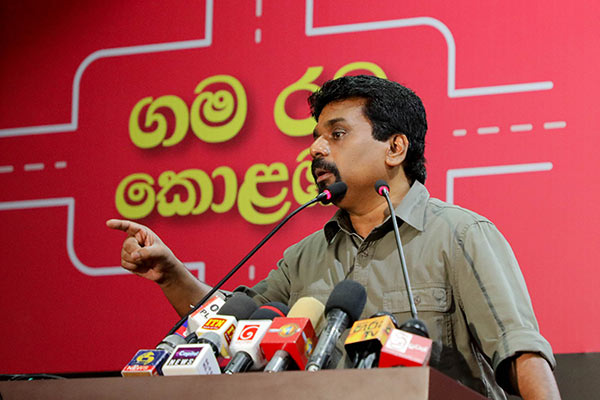 The JVP-led National People’s Power says the public must focus on bringing to victory a collective effort instead of voting to elect an individual at the upcoming Presidential Election.

Speaking during a gathering in Kurunegala, Presidential candidate of the National People’s Power Parliamentarian Anura Kumara Dissanayake claimed the country can be built only through a collective program and not by a lone individual.

The MP added at every election, magicians and conjurers appear in the country, with various promises.

He noted that while such actions aren’t new to the public, a single individual cannot change the country.

MP Dissanayake reiterated that all efforts towards this, should be collective.

He said during past elections the public had to choose the lesser of the two evils, and based on their understanding, chose the President.