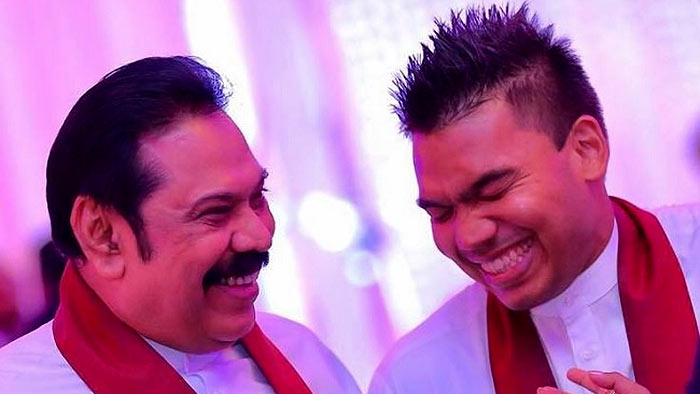 This is the first time Mahinda Rajapaksa made an appearance in public after resigning as the Prime Minister of Sri Lanka on the 9th of May.

The former Prime Minister was at the Trincomalee Navy base during the past few days due to security concerns, after the 9th of May violence.