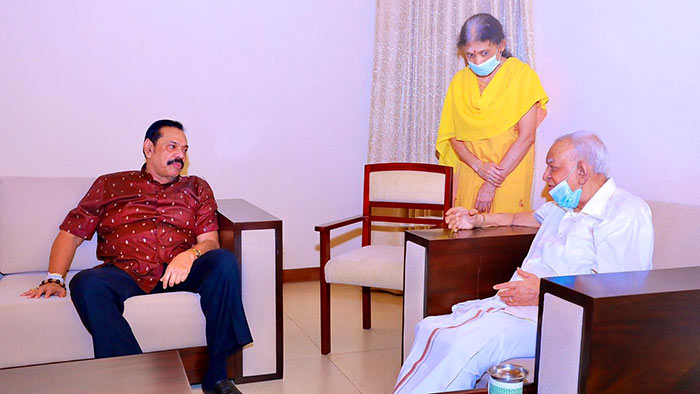 Former President Mahinda Rajapaksa visited Leader of the  Tamil National Alliance, R. Sampanthan at the latter’s residence today to inquire into his well being and also discussed the Tamil National issue.

During the visit, Sampanthan raised the issues faced by the Tamils in the North and East and the Tamil National issue and said the government should address the North Eastern issue as soon as possible.

Rajapaksa assured Sampanthan that he would discuss the North East issues with the President and the government and would look to reach an amicable solution.

Rajapaksa also said that his party, the SLPP would attend the three day All Party Conference, which will be held soon to discuss the Tamil parties’ concerns and would study its proposals thereafter in a positive manner.