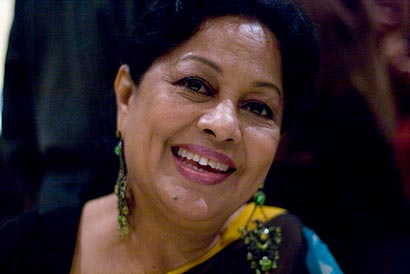 Actress, Malini Fonseka is set to take her oaths as a Parliamentarian again on October 9 when the next parliamentary session is scheduled to be held.

Deputy Speaker Chandima Weerakkody stated that Malini Fonseka will retake her oaths as an MP after she resigned from her post as MP on Monday (September 24).

Malini Fonseka told Ada Derana on Monday that she will withdraw her resignation as the President has declined to accept it.

Presidential Spokesman Bandula Jayasekera confirmed that President Mahinda Rajapaksa has declined to accept the resignation of the veteran actress.