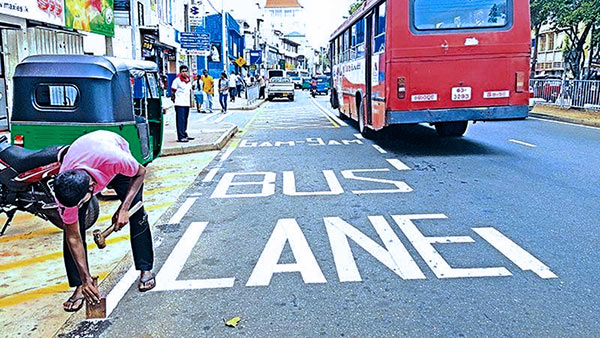 Traffic Police will not fine those violating the ‘Lane Law’, which was to commence today, instead the offenders will be directed to mandatory advisory classes.

A special programme is in place to identify drivers who violate the Lane Law, said Deputy Police Chief adding that CCTV systems in Colombo City as well as mobile units and drones will be in use.

However, Director of the Traffic Control and Road Safety Division, SSP Indika Hapugoda said the traffic law will be strictly enforced since the implementation is a success.

The implementation of the four-lane road rule commenced on 14 September as a rehearsal. “Action will be taken to identify and educate drivers violating the traffic rules. Steps will be taken to provide more space for three-wheelers and motorbikes in the bus priority lane,” he claimed.

The Traffic Lane Law must be followed on all roads and not only at entry routes into the city of Colombo mainly from the Rajagiriya, Nugegoda, Borella, and Galle Road. Director of the Traffic Admin & Road Safety Division of Sri Lanka Police DIG Sumith Nissanka said all drivers must abide by the Traffic Law in Sri Lanka.