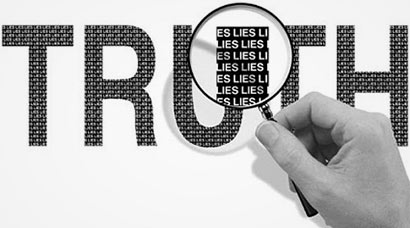 The mainstream media professes to be unbiased and independent. When they are owned and run as corporates it is questionable how far they are ‘unbiased’ and ‘independent’ and how ethical they are in their conduct. The best way to showcase this is to highlight some of the examples that have been exposed.

Writers Robert McChesney, Dan Schiller, Cees Hamelink, Sean O’Siochru, Zhao Yuezhi and others have exposed the level of media ownership across the world. Numerous alternate media sites also provide avenues for readers to obtain the other side of the story and are helped to expose the lies and liars of mainstream media.

As an example let’s take 9/11. We believed the lies the US Government said and the lies that the US media fed the world. It was later on that we came to know that 6 companies owned the media in the US and these companies all had links and interests in and were key influencers in US foreign policy. Afghanistan had nothing to do with 9/11 but it was invaded and occupied. Years later we came to know of a gas pipeline and the colossal increase in opium!

So who do we believe? What information are we to accept as truth? Just as a coin has two sides there are different versions to every story. People can believe either the positive, the negative, the truth or even the lies. Nevertheless, when it comes to scenarios that end up creating false flags, manipulating media, brainwashing people with daily dosages of lies and building up the momentum to get approval for troops to be sent to invade nations…the question of ethics has to come into play. If we don’t like outsiders invading, occupying and stealing our wealth and ruining the lives of our people that same feeling has to be applied to the countries that are being targeted using lies. Lest people should forget the build up to the Iraq invasion was all about weapons of mass destruction and the US Government went so far as to lie before the UN Security Council using Gen. Colin Powell!

In the case of 9/11 Edward Hendrie a lawyer in his book ‘9-11 : Enemies Foreign and Domestic’ shows that the US political, military and media were complicit in the mass murder and or coverup. He shows that no planes hit the Twin Towers or the Pentagon and that the plane images were computer generated and synchronized with explosions in the buildings. Hendrie also shows that the ‘eye witnesses’ were mostly media employees. The best example to highlight media lies is the BBC reporting the collapse of the WTC 7, twenty minutes before it occurred and Hendrie also reveals that both Associated Press and CNN had prepared obituary pictures for the 9/11 passengers 3 days before the attack! Now that is breaking news! Hendries conclusion of HAARP being used on the two buildings requires readers to do some background reading on HAARP and its affects. We need to juxtapose the events of 9/11 with the youtube interview of Gen. Wesley Clarke who reveals that the US was planning to take out 7 countries in 5 years and this was planned before 9/11! Hendrie’s revelation also include his conclusion that Osama bin Laden died in late 2001 from Marfan syndrome which then should make us question who was killed by the US navy seals in Pakistan and raises eyebrows on why two US Navy Seals are squabbling over ownership of a possible false flag death. There was no body shown of Osama either! http://www.henrymakow.com

Iraq invasions have been followed by Afghanistan occupation, Kosovo liberation, Libya liberation and elimination of Gaddafi and now Syria is the latest target. Middle East has been more or less neutralized by pumping Islamic militants and arming them enough to start sectarian conflicts which end up eliminating Muslims by Muslims while the political ambitions are marked out. Seymour M Hersh, has exposed the US manipulation and media collaboration. In case people have forgotten his name, it stands synonymous with the exposure of My Lai Massacre in Vietnam and its cover up in 1969. He has also revealed the tortures of detainees at Abu Ghraib prison in Iraq.

“The evidence indicates that Iraq is reconstituting its nuclear weapons program … Iraq has attempted to purchase high-strength aluminum tubes and other equipment needed for gas centrifuges, which are used to enrich uranium for nuclear weapons.” — President Bush, Oct. 7, 2002

“[The CIA possesses] solid reporting of senior-level contacts between Iraq and al-Qaeda going back a decade.” — CIA Director George Tenet in a written statement released Oct. 7, 2002

The latest documentary on Dick Cheney reveals his admission that the Iraq link to Al Qaeda was a lie but the media never exposed this or even questioned this! If more than half of America believed the lies its media has to take credit for feeding the lies. Bill Moyers reveals the state of the lies http://billmoyers.com/2014/06/27/
the-lies-we-believed-and-still-believe-about-iraq/

It WMD for Iraq and Syria’s turn with Sarin allegations.  Selective reporting by media was sufficient to build up people’s hate for Syria and not many people bother to question or search to find out who arms these Islamic groups, where they get funds and training from and if they bothered to do that they would fit in the puzzle that would lead the answers all back to those building arguments to invade and occupy nations. The best advice for any reader is to not accept what the media says but to do some background reading on one’s own and then believe the version of one’s choice.

The latest gimmick has been false flags twisted and turned by paid media to seduce the public into believing the lies and accepting measures that once implemented end up throttling the independence of people. The US Patriotic Act and the new provisions of the National Security Agency has now left Americans with little or no freedom and privacy with drones and cameras everywhere they look and personal mails and phone calls being tapped and listened to all in the name of protecting them from terrorists!

Tarnishing campaigns are very much in vogue in Asia. A good example was the smear campaigns launched against Mr. Narendra Modi when he was contesting elections. The media stooped to low levels in attempting to embarrass Mr. Modi. Similarly, that same media is attempting to pitch India against China. While Chinese newspapers do not go to the extent of vilifying India, read the Indian newspapers to understand the extent to which the media is attempting to project China as an enemy when Indians should realize that being part of Asia what a formidable force India and China can play as leaders of the future.

The Global Research team of writers too have exposed many of the lies taking place throughout the humanitarian interventions taking place incorporating R2P.

Did the media tell us the truth about Ukraine, the Malaysian plane, the kangaroo court trials against Milosevic, does the media question why US and NATO war crimes are never taken up, charged, investigated and declared war criminals? Does the mainstream media not question the Human Rights Council and the UN Secretary General for their bias towards Third World nations? Why have the media become ready collaborators and agents for the change that the US and Western Allies are planning against Third World enemy nations and regime operations to which media has been used to inject lies, false flags and tarnish the image of those that bring news kept hidden from people.
We do not need to look very far. The manner that media and Human Rights groups lied against Sri Lanka is given with examples. It illustrates the extent of their partnership and the lengths they go to.
https://www.onlanka.com/news/how-media-and-
hr-groups-purposely-misinterpreted-ban-ki-moons-panel-of-expert-report.html

Media has stooped to low levels, journalists as paid entities of corporate media have little choice or freedom as they are bound by the guidelines given to them by those that own and feed them. Therefore, media has very little right to refer itself to being ‘unbiased’ or ‘independent’ unless it is able to project both versions and allow the readers to decide for themselves instead of forcing readers to believe their version only and to that version pumping lies and distortions and bringing in further falsehoods to substantiate their conclusions.

A lot of damage has been done by the media whose role should have been far different to what it currently plays at domestic and international levels. It is no exaggeration to say that the Media stands accountable for misleading the masses. While politicians and corporates and a handful of others can plan out strategies to take over nations, assets and resources it should have been the media that exposed these plots so that the people are informed in advance not to fall for the lies. Instead the media at least the mainstream media became part and parcel of that plot because it has emerged that they are owned by these very entities. Only a handful of unbiased, brave journalists and media channels have come out to provide the other version and it is to this that people should not turn to otherwise it is best to completely not trust media.

The truth must be decided by the people for themselves and this requires some additional reading, a bit more knowledge of history to be able to place facts and fictions in proper context and a bit of common sense to realize the bigger picture of what is unfolding before our very eyes.

” I am astonished each time I come to the U.S. by the ignorance of a high percentage of the population, which knows almost nothing about Latin America or about the world. It’s quite blind and deaf to anything that may happen outside the frontiers of the U.S..

“The major media are large corporations, owned by and interlinked with even larger conglomerates. Like other corporations, they sell a product to a market. The market is advertisers – that is, other businesses. The product is audiences, [and] for the elite media, [they’re] relatively privileged audiences. So we have major corporations selling fairly wealthy and privileged audiences to other businesses. Not surprisingly, the picture of the world presented reflects the narrow and biased interests and values of the sellers, the buyers and the product.”

3 Responses to Media lies to public