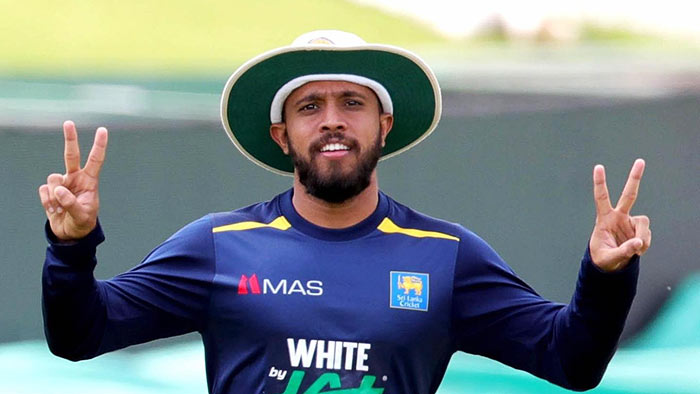 Top order batsman Kusal Mendis is set to return for today’s third T-20 International in Canberra after completing his quarantine period and returning two negative PCR tests having missed the opening two encounters. Mendis, who turned 27 earlier this month, had tested positive for COVID after landing in Australia. He is expected to feature in the remainder of the series but Sri Lanka will be without the services of left-arm seamer Binura Fernando, who has tested positive for COVID.

Binura had an excellent first game but his attempts to cement a place in the side aren’t going well.

Sri Lanka need to win today’s game to stay alive in the series.

Umpire Rod Tucker, one of the leading cricket umpires in the world, has come in for intense criticism for not calling a wide in the penultimate ball of the Sri Lanka innings in the second T-20, which was tied and then Australia won in the Super Over. Marcus Stoinis went for a wide yorker, but the ball was a wide and not given. Umpire Tucker was scrutinized by the commentators and attracted much wrath in social media. Had the wide been given, Sri Lanka would have won the contest instead of the tie.

Even New Zealand High Commissioner to Sri Lanka Michael Appleton wasn’t impressed with the umpiring. “Whatever happens here, I will view this is as a Sri Lankan victory. That uncalled wide was ridiculous,” he tweeted before the Super Over that sealed the game in Australia’s favour after a thrilling game.

Meanwhile during the second T-20 on Sunday Sri Lanka became the first team to be penalized for slow over rate under the new playing conditions. According to new regulations, if teams are slow with the over rate they are punished instantly as only four fielders are allowed outside the 30 yard circle. Under the new system, teams have to begin the last over of the innings by the 85th minute of starting the innings. Sri Lanka failed to keep up and the umpires informed captain Dasun Shanaka that one of his five players had to be pulled in for Australia’s last over of the innings. Australia scored 16 runs off the last over. Sri Lanka have been repeated offenders of slow over rates and very little has been done to address the issue.

Sri Lanka’s players were also fined 20 percent each of their match fees for the offence.

There was more trouble as batsman Pathum Nissanka was handed a demerit point for using inappropriate language while batting in the second game. When a player reaches four demerit points within two years they are turned into suspension points. Two suspension points results in a player being banned for a Test match or two T-20s, whichever comes first.

Australia will be without Steve Smith for remainder of the series after he had suffered concision while trying to save a six in the final over of the second match.

Sri Lanka will be hoping that their batting clicks as too much has been left to the tail so far in the series.