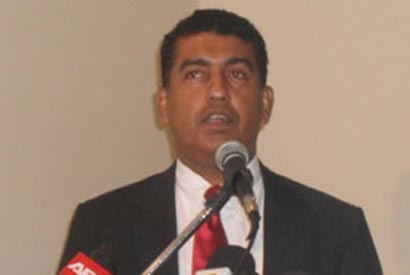 “A paddy marketing board officer stole 25 metric tons of paddy from a warehouse to sell,” Minister of Trade Johnston Fernando said. The officer was busted with the four Lorries transporting the paddy, the Minister said.

According to the Minister he received a tip off and he alerted the police in the area who acted promptly. A provincial councillor was arrested in this regard and the PMB officer was also charged.