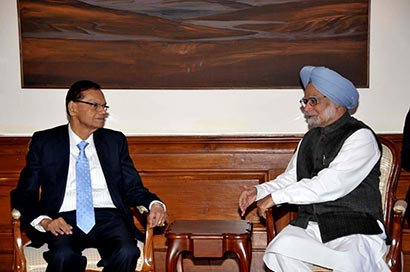 Welcoming Minister Peiris to India, Prime Minister Singh expressed satisfaction at the very productive Joint Commission session between the two countries and stressed the importance of meetings of the nature of the Joint Commission in strengthening the bilateral partnership between India and Sri Lanka in all sectors including economic, trade and security. The Prime Minister appreciated several initiatives and projects by all stakeholders to increase bilateral trade and investment as well as people-to-people contact.