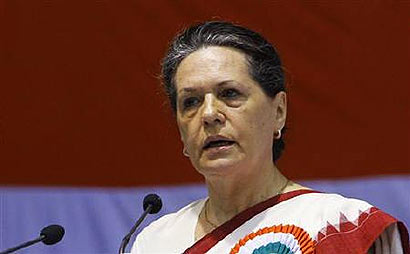 After being silent on an issue of global importance for years, Congress president Sonia Gandhi spoke the bitter truth on Sri Lanka the other day. But she spoke, sadly, only half the truth.

Addressing her party MPs in New Delhi March 19, Gandhi accused Colombo of denying “legitimate political rights” to its Tamil minority. And then she used language not heard from an Indian leader in a long time: “We are anguished by reports of unspeakable atrocities on innocent civilians and children, especially during the last days of the conflict in 2009.”

It may be that she was forced to say what she did due to domestic political compulsions; but her comments betrayed a truth that the Sri Lankan state, having crushed the LTTE, is increasingly uncomfortable with. Even those who initially thought that the charges against the Sri Lankan military were exaggerated have come to terms with the reality of what happened when the Tamil Tigers went down in a region crawling with helpless Tamil civilians.

Yet, knowingly or unknowingly, Gandhi spoke only a part of what happened in the first half of 2009 in Sri Lanka’s north. The military blitzkrieg would never have been able to target so many civilians if the LTTE had not forced a mass of helpless Tamil civilians to stay put in the conflict zone in the hope that their presence as a human shield would slow down the escalating war.

Indeed, the Lok Sabha election of April-May 2009 played an unwitting role in the slaughter that took place in Sri Lanka. Wary that a possible Congress rout would lead to a new regime in New Delhi that would pressure Colombo to go slow, the Sri Lankan military was determined to vanquish the LTTE at the earliest – come what may.

At the same time, thanks to foolish advice from at least one Tamil Nadu politician that the Congress was on its way out, LTTE chief V. Prabhakaran dragged on a futile war, eventually losing everything he had and leaving the Tamil community in the lurch. It is significant that his death took place around the very days a new Congress-led government took office in New Delhi. The DMK was then – we know from the Niira Radia tapes — angling for plum cabinet posts instead of shedding tears for Prabhakaran.

Equally important, the Sri Lankan war did not ignite passions in Tamil Nadu during the 2009 parliamentary elections. Neither the DMK nor the AIADMK made an issue of the brutal war. The one politician who did, and vocally, Vaiko, lost badly. So much for “Tamil sentiments”!

Why is Tamil Nadu angry now?

This is where Sri Lanka got it all wrong. When the war was raging, President Mahinda Rajapaksa pledged more than once to Indian leaders that he would embark on a path of genuine political reconciliation after the LTTE became history. Not only did he renege on the promise but his words and deeds since then have given a clear impression that for all practical purposes and intent he saw the LTTE defeat as a victory for the Sinhalese – his constituency — over the Tamils.

With foresight, Rajapaksa could have publicly lamented the deaths of Tamil civilians in the war and announced financial compensation so that families in the war zone could start new lives. He was politically so powerful then that no one in Sri Lanka could have dared him if he had unveiled a new political path that would be genuinely pluralistic.

Instead, he chose to deny what everyone alleged – and which his own gloating soldiers recorded for posterity on their mobile phones. These were pictures of brutalities that would one day leak — and become a huge liability. Even India’s reluctant vote against Sri Lanka at the UNHRC in 2012 (New Delhi repeated the vote Thursday) failed to wake up a glum Colombo, resulting in the street protests in Tamil Nadu. That this turbulence in Tamil Nadu can be counter- productive for Sri Lanka’s beleaguered Tamil community is another story. (Indian Express)