Nadungamuwa Raja to be declared as National Treasure 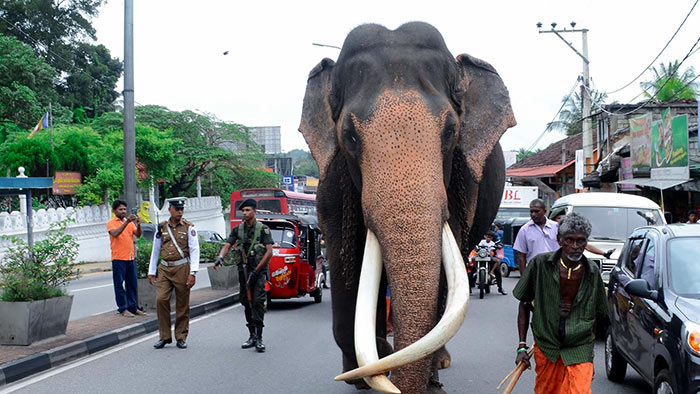 President Gotabaya Rajapaksa has issued directives today (March 07) to declare Nadungamuwa Raja who was the main casket bearer of the Esala perahera held in Kandy as a national treasure.

President Rajapaksa issued directives to the Secretary to the Ministry of Buddhasasana, Religious & Cultural Affairs Professor Kapila Gunawardena to preserve the carcass of the tusker as well for the benefit of future generations.

Meanwhile, the President’s Media Division said a team of officials from the National Museum had gone to Nadungamuwa, Weliweriya, Gampaha where the tusker was kept and cared for.

Home » Nadungamuwa Raja to be declared as National Treasure