Namal focused on improving the IT sector 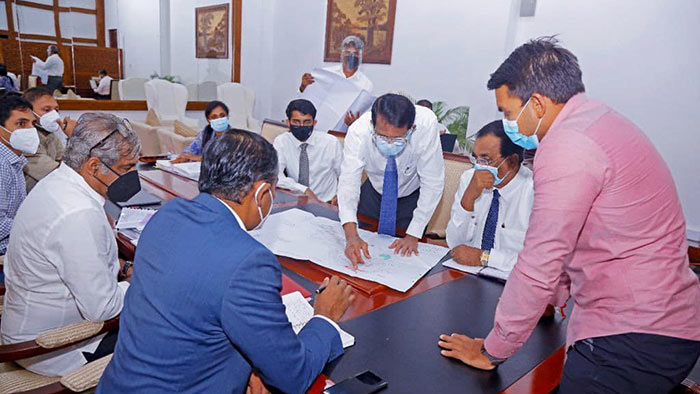 Minister of Youth and Sports Namal Rajapaksa says the government has formulated a plan to bring in additional foreign exchange to the country.

Speaking to the media in Galle, following an observational tour of the first phase of the programme to establish five technology parks in Sri Lanka, Minister Namal Rajapaksa said technology parks will be established in Kurunegala, Kandy and the North and East, during the next few months.

He added through the move the country’s economy will be strengthened and also add more jobs to the local market.

The Minister stressed that the country must deal with global partners and implement development projects suitable for the next generation.

Minister Rajapaksa said therefore the technology parks will strengthen the future of the youth and create a modern environment.

He stated the first technology park will be established in Galle, while a suitable environment for the relevant constructions will be created within the next three months.

The Minister added completed buildings will be declared open under several phases, and a programme will be initiated to bring in investors and generate jobs.

2 Responses to Namal focused on improving the IT sector

Home » Namal focused on improving the IT sector