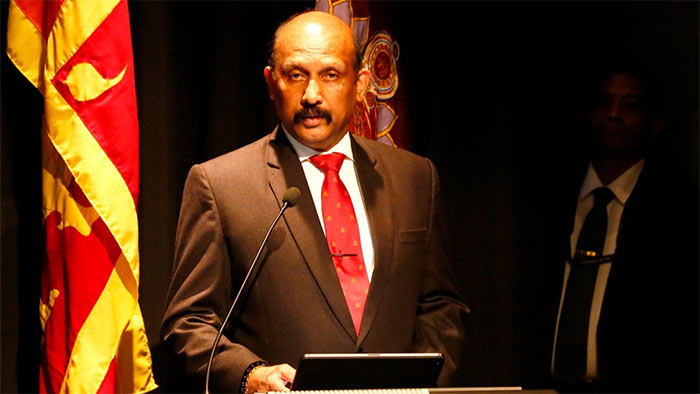 Sri Lanka’s National Security demands greater attention than during the history of the country ever since independence, the Defence Secretary General Kamal Gunaratne said on Wednesday (August 17).

“Sri Lanka has to keep its ‘eyes’ and ‘minds’ open to counter all these threats that are at her doorstep” he also stressed.

The Defence Secretary participating at the inaugural ‘National Defence College’s (NDC) Research Symposium – 2022’ as the Chief Guest stated that it is a great leap forward and hopefully the output of the NDC would certainly contribute towards facing future challenges to ensure everlasting peace and security.

NDC Commandant Maj. Gen. Amal Karunasekara warmly received the Chief Guest Gen. Gunaratne and the Keynote Speaker of the day Mr. Lalith Weerathunga on their arrival at the venue.

The maiden NDC-organised symposium, which is exclusively designed to promote defence research and create an environment to explore research ideas related to the discipline of National Security and Strategic Studies was held under the theme of ‘Exploring Multimodal Security Dynamics’ at the Faculty of Graduate Studies Auditorium, General Sir John Kotelawala Defence University (KDU).

Defining the national security as the ability of a country’s government to protect its citizens, economy, and other institutions, the Defence Secretary went on saying, today the scope of security in the context of non- military nature revolves around the provision of economic security, political security, energy security, homeland security, cyber security, human security, and environmental security in a broader context.

Further pointing at the differing modes of tactics used by governments to ensure national security including political, economic, and military power, along with diplomacy that are commonly known as elements of national power, he said, “it has quietly moved away from its traditionally centred approach of defence and military protection of sovereignty and territorial integrity, in protecting the country from external invasions as well as internal rebellions to a more people-centred approach of security and safety of citizen which is a late 20th century phenomenon”.

Citing the conceptual developments and distinction between ‘National Security’ and ‘Human Security’, Gen. Gunaratne while concerning the country’s standpoint, stated that the national security dynamics today includes managing global pandemics, mitigating and adapting to climate change, maintaining clean water, maintaining reliable food supplies, and protecting property of individuals and communities, dealing with economic and political dilemmas as well as the ability to protect the state sovereignty, influenced by a number of international actors.

Sri Lanka has become vulnerable for arms and drugs trafficking, Illegal, unregulated and unreported fishing on the man-made cycle whereas the global warming and resulting sea-level rises and weather anomalies, increased ocean pollution and impact on marine ecosystems, depleted fisheries, rising of ocean temperatures and salinity, as natural issues that are creating problems in the Indian Ocean which in turn has created a severe impact on security of Sri Lanka in the Indian Ocean, he added.

While delivering the Keynote address Mr. Weerathunga said that the modern defence and security systems are now expected to be equipped not only for military threats but also for non-military and hybrid threats.

The event saw three productive sessions consisting of questions and answering during the day. NDC Commandant Maj. Gen. Karunasekara conducted the welcome address at the outset of the programme.

Research symposium of this nature is a catalyst to foster networking among academia, military top brass, and Police officers and also to exchange academic notions associated with present-day security issues.

Mementoes were also presented to the Defence Secretary Gen. Gunaratne and the KeyNote Speaker Mr. Weerathunga during the session. 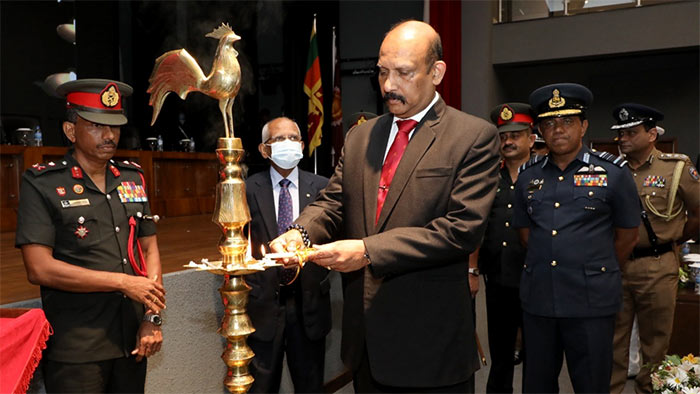