NCP: Now, Berty warns govt. of mass defections unless he is appointed CM 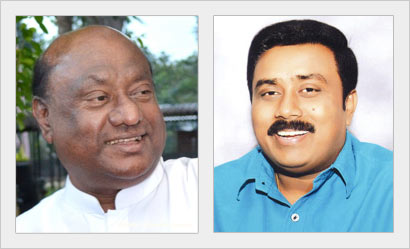 Former Chief Minister of the North-Central Province Berty Premalal Dissanayake yesterday claimed that 120 UPFA LG members had handed over letters to the party hierarchy demanding that he be appointed the Chief Minister. Unless their wish was granted, they might even break ranks, he said

S. M. Ranjith had been appointed Chief Minister by his own brother S. M. Chandrasena and it could not be accepted, he said, adding that the Chief  Minister had to be appointed by the General Secretary of the party and so far he had not performed that duty.

“If the post is given on merit I am the most suitable and a majority of the members of the council expect me to be re-appointed as Chief Minister” he said.

2 Responses to NCP: Now, Berty warns govt. of mass defections unless he is appointed CM