No diaries, calendars from bankrupt SLC 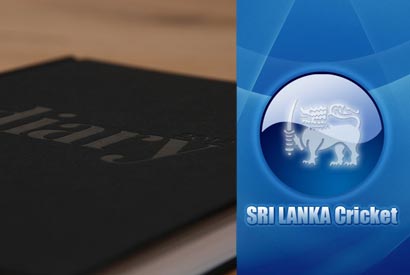 Sri Lanka Cricket (SLC) has not printed calendars or diaries for 2012 due to the severe financial crisis it is going through at the moment. The colourful diaries printed by SLC over the years depicting past and present greats of the sport were extremely popular and had a high demand too by cricket enthusiasts both here and overseas. SLC, however, refrained from printing any diaries or calendars for this year owing to the financial crisis it is experiencing.

SLC’s debts are said to be running into several billions of rupees and occurred partially due to construction of new venues but there have been also allegations of financial mismanagement.

The D.S. de Silva and Nishantha Ranatunga run Cricket Interim Committee appointed friends and relatives to key administrative positions during their tenure at office and later it came to light that some of those individuals didn’t even have the basic education qualifications.

The duo’s spending was compared to that of a drunken sailor hitting town with both D.S. de Silva and Nishantha Ranatunga spending record sums on overseas travel and as legal fees.

That Interim Committee also gave away over hundred million rupees to a private security firm to provide security during cricket tours whereas the practice previously was to request for the services of armed forces and police. Individuals within the then cricket administration were said to be the beneficiaries of the deal with the private security firm.