Former Supreme Court judge Wigneswaran has been selected as the Tamil National Alliance (TNA) Chief Minister of the Northern Province following the landslide victory at the recently held Provincial Council Elections for the Province. As the TNA chief candidate at the election, Vigneswaran obtained the highest preferential votes in the Jaffna District with a total of 132,255 votes.

Pictures are seen here Northern Province Chief Minister Vigneshwaran receiving his appointment letter from President Mahinda Rajapaksa and being greeted by Ministers and other dignitaries at the oaths ceremony at Temple Trees. 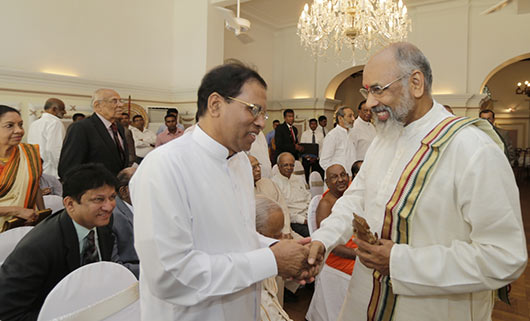 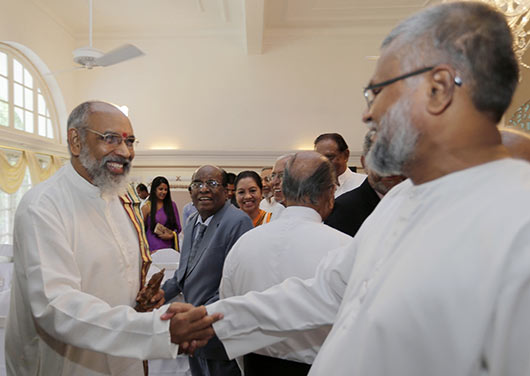 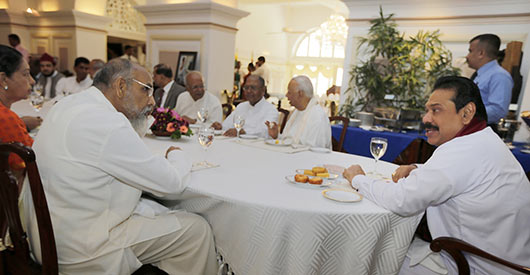 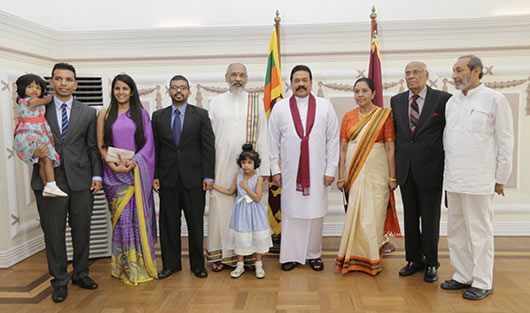