One dead, several others injured after bus falls down precipice 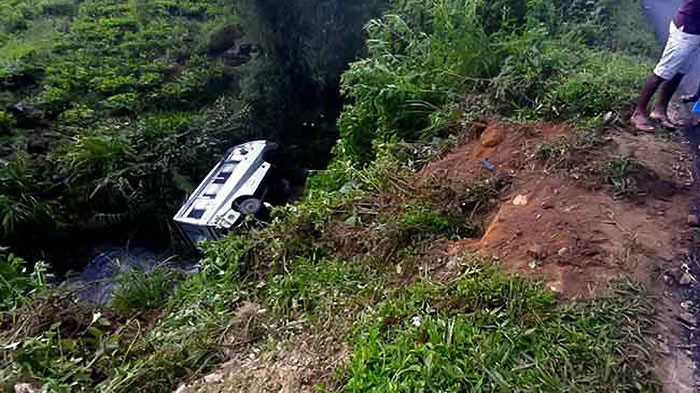 One person died and 15 others hospitalised after a bus carrying employees of a garment factory fell into a precipice of about 45 feet on the Dickoya- Darawala road near Hatton this morning (January 28).

Eight women and eight men who were injured in the mishap were admitted to the Glencairn Hospital in Dickoya, where one seriously injured person was pronounced dead.

The police suspect that the speeding bus driver had lost control over the steering.

He has fled the scene following the accident, and the Hatton Police has initiated investigations into the matter.

Home » One dead, several others injured after bus falls down precipice