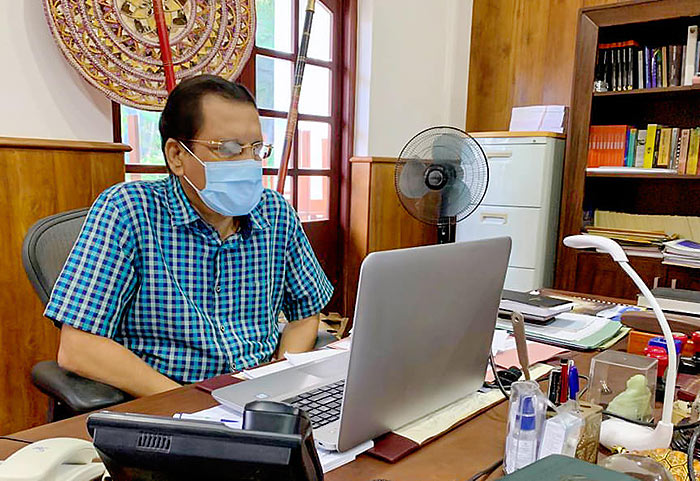 Former President Maithripala Sirisena on Sunday said that the Government doesn’t give an ear to the concerns raised by him.

He made these remarks after a discussion with the farmers who have launched a fast in the heart of Bakamuna town demanding chemical fertilizer for their cultivations.

The former President said he tried to introduce organic fertilizer to the farmers.“I was unable to implement the project due to the lethargic attitude of the Government servants”, he said

He said that he is also for the organic farming but this programme cannot be implemented overnight.

“Organic farming should be introduced to the farmers gradually. I made a request from the Government to reduce the import of chemical fertilizer to the country gradually.