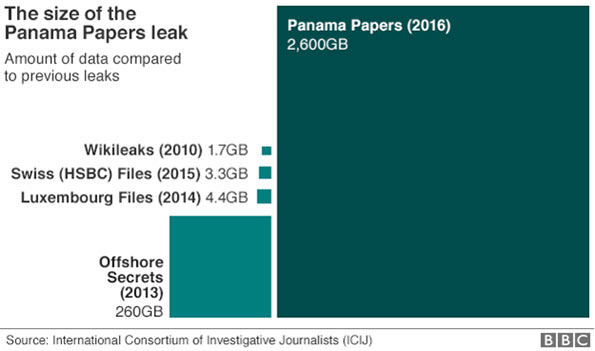 Sri Lanka has given the authority to investigate all areas where Sri Lankan companies have been involved, which has not been disclosed with regard to Sri Lankans disclosed in Panama Papers, Finance Minister Ravi Karunanayake said.

Speaking at the IMF and World Bank 2016 Spring Meetings press briefing with the IMF Communications Department in USA he said that having a tax haven is not the problem but non-disclosure is the problem.

“So, we have been basically giving the authorities clear signals to get all the information possible.” “As for the Bangladesh situation, as you know, we were the ones who ensured that it did not spill off to the rest the world.

So, at this particular moment, we are basically looking at protecting the Sri Lankan Central Bank authorities and other commercial bank activities. The Monetary Board and my Secretary was there, did discuss this matter and certain steps have been taken to help protect the measures.”

Commenting on the discussions with the IMF, he said that there are no conditions imposed for the IMF funds. “It is just that financial discipline is what is expected and I am sure it is something the government has been embarking on.

“As you can see, what happened in Bangladesh was a clear-cut case of hacking that was going on.

It was the lack of awareness of the central bankers in the Asian region. The Minister said that all regional countries are working together, pooling the resources to eradicate this menace.”

1 Response to ‘Panama Papers’ Lankan names will be probed’