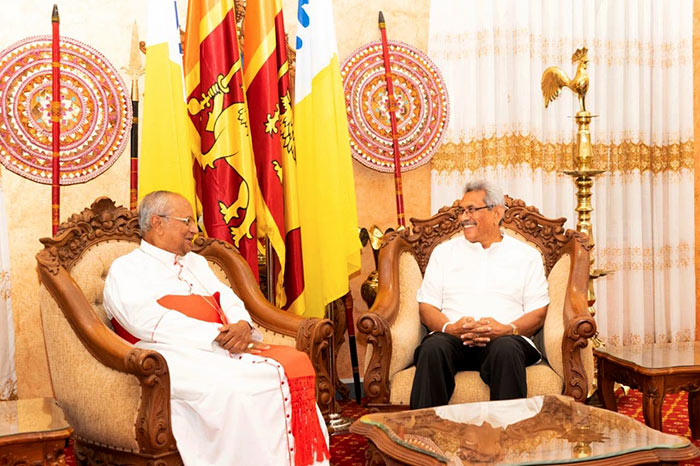 President Gotabaya Rajapaksa yesterday requested Cardinal Malcolm Ranjith to nominate one or two members of the Presidential Commission to be appointed to probe the Easter Sunday attacks.

The request was made when President Rajapaksa paid a courtesy call on the leader of the Catholic Church at the Archbishop’s House, Borella.

President Rajapaksa said that he had delayed naming the Presidential Commission until he met Malcolm Cardinal Ranjith.

The Easter carnage claimed the lives of 270 persons at three churches and three Colombo hotels.

In the run-up to the Nov 16 presidential poll, the SLPP candidate Rajapaksa assured the appointment of a Presidential Commission immediately after his victory.