Presidential Candidate – I am willing if nominated: Sarath Fonseka 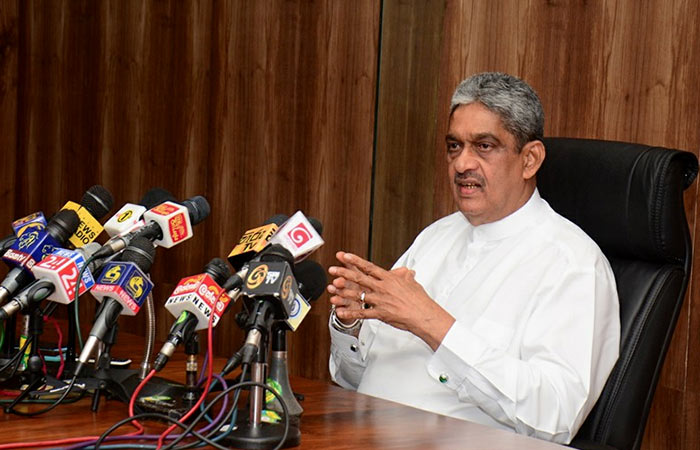 Field Marshal Sarath Fonseka said yesterday he was willing to be the presidential candidate if his name was proposed by the United National Party (UNP) led alliance.

“I will have to contest if my party and the UNP-led alliance proposes my name as the candidate,” he said responding to a question asked by a journalist at a media briefing yesterday.

When asked whether he was willing to contest the presidential elections if nominated from another party such as the Janatha Vimukthi Peramuna (JVP), Mr. Fonseka said he was not a member of that party.

He said the Sri Lanka Podujana Peramuna (SLPP) had made the right choice by selecting former Defence Secretary Gotabaya Rajapaksa as its presidential candidate and pointed out that the SLPP has focused on defence which the people are concerned with.

“I am not saying that Mr. Rajapaksa is the most suitable person to become the next president but the SLPP had made the correct choice after reading the people’s mind,” Mr. Fonseka said.

He said there were two candidates willing to contest the presidency at a public rally recently. “One is attempting to use his father’s image on the election platform. The truth is that the LTTE attacked the Sri Lankan Army using the weapons his father gave them. It is his father who ordered 600 police officers to surrender to the LTTE and Karuna Amman, who killed the police officers was seen at the other political camp carrying a Pohotuwa (flower bud)” Mr. Fonseka said.

However, the party leader should make an informed choice because I cannot get on to the stage and hoodwink the people if a weak candidate is nominated from our camp,” he said.

3 Responses to Presidential Candidate – I am willing if nominated: Sarath Fonseka

Home » Presidential Candidate – I am willing if nominated: Sarath Fonseka