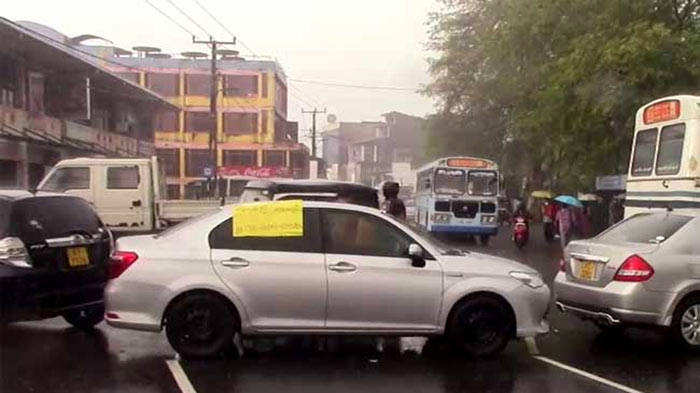 A protest staged in the area of Balapitiya has completely blocked vehicular movement on the Galle Road this morning (April 20).

The police are urging the motorists to use alternative routes to avoid road blockage.

Sri Lankans have been protesting against the fuel price hike and the shortage of fuel across many cities and towns by obstructing the roads.

Access roads to many cities and towns were blocked by protestors who moved vehicles to form barricades to prevent the movement of traffic.

The tear gas attack on Matara was the second incident in 24 hours, after police used tear gas and opened fire to disperse a protest in Rambukkana, in the Sabaragamuwa Province, in Sri Lanka.

2 Responses to Protest in Balapitiya blocks traffic on Galle Road