Protest led by Wimal kicks off in front of UN office 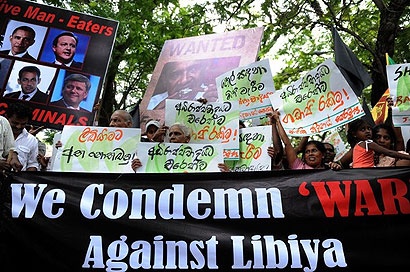 A protest is currently underway in front of the United Nations office in Colombo against the organization’s alleged biased behavior towards Libya. The protest has been organized by the National Freedom Front (NFF) Leader and Minister Wimal Weerawansa.

Weerawansa told the media that the party condemned the UN Secretary General Ban Ki-Moon against his support towards the United States and Britain.