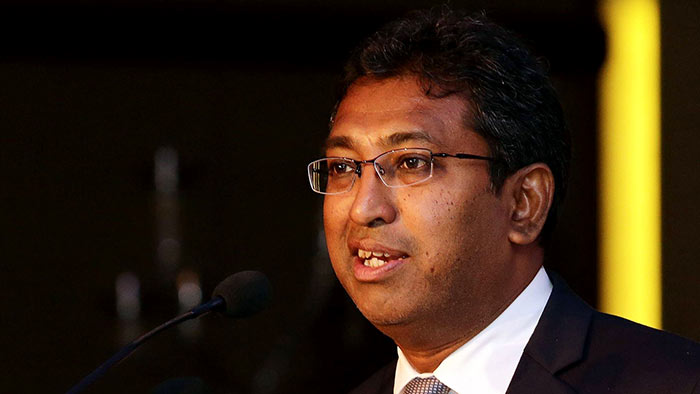 Samagi Jana Balawegaya (SJB) MP and the Chairman of the Committee for Public Finance Dr. Harsha de Silva stated that although the government has signed a staff-level agreement with the IMF, the Parliament has not been briefed on the terms and conditions of the agreement.

Speaking to the media, the MP stressed that he cannot allow the Government to move forward based on its own whims and fancies.

“Although the Government is pleased that they were able to reach the staff level agreement, the people are still unaware of the terms and the conditions of the agreement,” the MP said, pointing out that Sri Lanka fell to its current state due to the wrong economic policies and decisions taken by former President Gotabaya Rajapaksa.

“The IMF and the entire world have acknowledged that Sri Lanka is run by a bunch of rogues. They are demanding we put a stop to this corruption. What is the way forward? We will have to implement new laws. We have to punish those who looted public funds. But will President Wickremesinghe do that? Will his deputies stand by him if he goes on to punish the wrongdoers?” Dr. de Silva questioned.

He further stated that the IMF is demanding that Sri Lanka needs to do what is necessary, and that the country must bring back Sri Lankan funds that have been hidden in offshore accounts.

However, the MP also questioned how Sri Lanka is to accomplish this task? Referring to the return of the former President Gotabaya Rajapaksa to the island, Dr. Harsha de Silva was of the opinion that a “double game is being played”, adding that “no one knows what goes on except for the President and the Cabinet of Ministers.”

Stressing that the IMF agreement has not been passed in Parliament, Dr. Harsha de Silva said that as the Chairman of the Committee on Public Finance, he will take action if the agreement is not presented to Parliament by Tuesday (September 06).

“I will not state what decision I will take, but for the sake of the people, we cannot allow the Government to move forward according to their own whims and fancies. I have been entrusted with that responsibility,” he said.

“Therefore, according to the constitution, the Chairman of the Committee for public finance in Parliament has a responsibility on the matter,” Dr. Harsha de Silva said.

“We demand that President Wickremesinghe present this Staff Level Agreement with the IMF to Parliament immediately. There is no point in having any sort of discussion otherwise,” he further added.