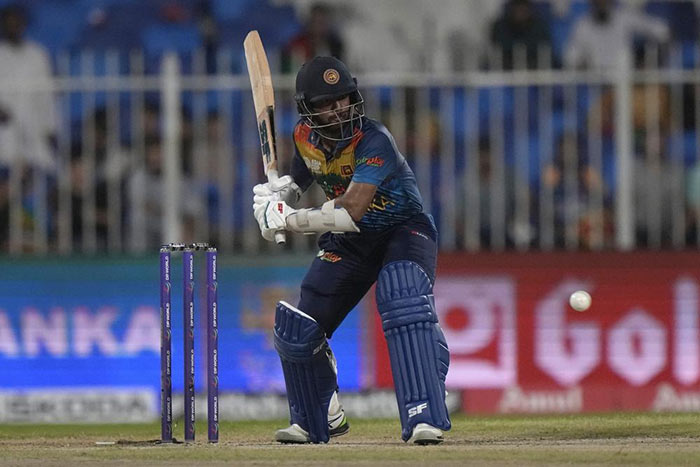 Sri Lanka outsmarted Afghanistan to win the opening match of the Super 4 stage by four wickets at the Asia Cup on Saturday.

Danushka Gunathilaka (33) and Bhanuka Rajapaksa (31) profited from dropped catches to carry Sri Lanka to a winning 179-6 with five balls to spare and avenge a heavy loss to the Afghans in the group stage.

Afghanistan, which was put in to bat, rode on opening batter Rahmanullah Gurbaz’s fabulous 84 off 45 balls before Sri Lanka pulled them back in the death overs to restrict them to 175-6.

“We believe we can chase anything on these kinds of wickets,” Sri Lanka captain Dasun Shanaka said after his team’s second successive big chase.

“There was a plan coming into this game … partnerships was the key.”

Gurbaz was on 8 when Gunathilaka had him caught at the long-on boundary but video clearly showed the fielder pushed the boundary cushion with his back heel.

The lapse cost Sri Lanka as Gurbaz notched his half-century off just 22 balls in a second-wicket stand of 93 with Ibrahim Zadran, who made a nearly run-a-ball 40.

But Sri Lanka made a grand recovery in the death overs through fast bowler Asitha Fernando, who made his T20 debut against Bangladesh on Thursday, and offspinner Maheesh Theekshana.

Fernando broke through in the 16th over when Gurbaz holed out at midwicket while looking for his seventh six of the innings, and Theekshana had Nabi caught off his own bowling in the penultimate over.

Sri Lanka’s aggressive approach in the run chase paid dividends as Kusal Mendis (36) and Pathum Nissanka (35) provided a whirlwind start of 62 off 39 balls. Mendis hit two sixes against Rashid Khan in the powerplay as Afghanistan had to bring in its key spinner inside the first six overs.

Rashid had a rare off day in a Twenty20; the legspinner conceded 39 runs off his four overs before clean bowling Gunathilaka in his last over.

Both Sri Lanka openers perished in the space of three overs, but Gunathilaka and Rajapaksa continued to dominate.

Afghanistan could have got Gunathilaka early but didn’t go for a television referral against Rashid’s sharp delivery before the left-hander was dropped at fine leg in Nabi’s next over.

Rajapaksa was also let off when Samiullah Shinwari, playing his first T20 in 2 1/2 years, missed a sitter at deep cover after the batter hit fast bowler Naveen-ul-Haq for two fours and a six in the 16th over. 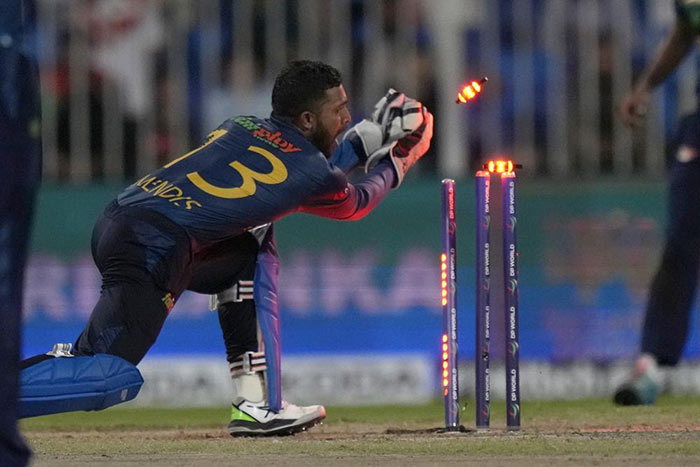