Former President Mahinda Rajapaksa today responded to the letter from President Maithripala Sirisena, with a letter of his own.

Rajapaksa also said that he believes president Sirisena will accept the people’s mandate after the general election. 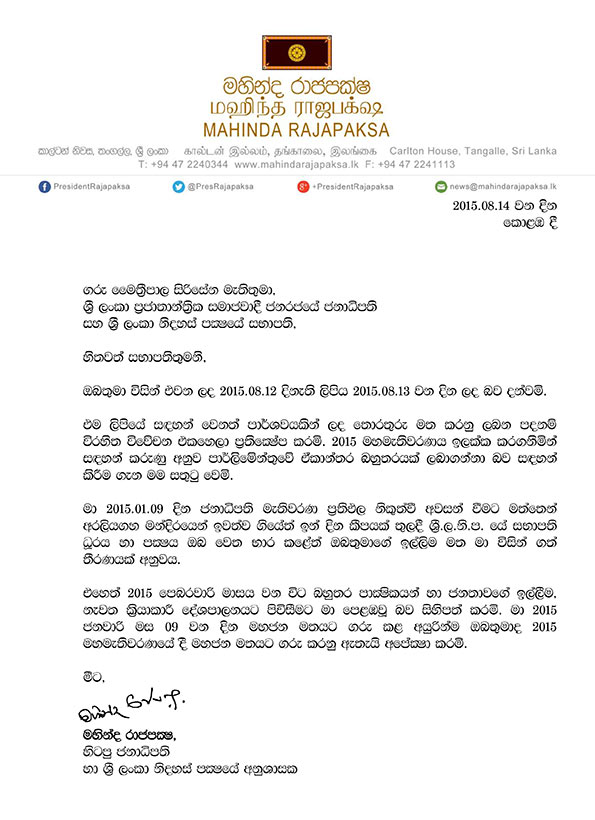