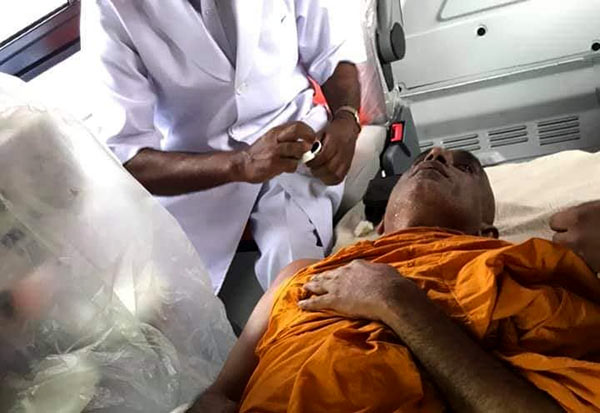 Ven. Athuraliye Rathana Thera a short while ago ended the fast which he began demanding the resignation of Governors Azath Salley, M. L. A. M. Hizbullah and Minister Rishad Bathiudeen.

Rathana Thera claimed that he was prepared to sacrifice his life if need be in order to achieve his demands.

Following the resignations, the Thera ended the fast and he was taken to the Kandy Hospital.