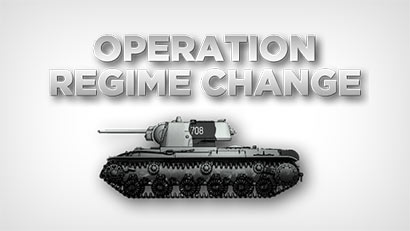 The ‘foot soldiers’ of the West take the form of intelligence agencies, Christian Evangelical groups, NGOs/INGOs, US-West funded Humanitarian/Charity Organizations and the local stooges of these entities. The motive are sometimes real but often inflated or even concocted  – WMD was the lie used to invade Iraq, ‘liberty’ was used in Libya, ‘ethnic freedom’ was used in Kosovo, ‘9/11’ was used in Afghanistan. The other favourite excuse is ‘economic instability’ ‘human rights’ ‘denial of expression’ ‘lack of press freedom’.

The players who facilitate regime change.

1. The Opposition – often political. These political parties will be showered in funds, given the slogans to create public dissent, sponsored on foreign trips for ‘political courses’ and they will return with a blueprint on how to change the people.

2. Media – the mode of communication in the hands of the West globally and handles the communication of the “motives”. Thus the masses were fooled to think that the Libyans hated Gaddafi, lies and false images get relayed, false stories become aired, programs and anchors repeat lie after lie. Reuters had to apologize for providing photos on Lebanon and claimed these were from Syria. Danish TV admitted images of torture supposedly taking place in Syria were actually those taken in Iraq. The media plays a key role in demonize people – Dictators are turned into darlings and democratic leaders get turned into devils depending on the agenda.

3. Rich Elites – with wealth concentrated only in the hands of a handful of powerful rich entities the other layers belonging to the same elitist families think only of profit and would not wish to have their status quo undermined. Therefore they are ever ready to invest in ‘plots’ that would enable their eternal supreme rule over the rest of the people. Truth is that the anarchy that prevails may be caused by politicians but they are themselves mouthing what they are ordered to do from higher sources – follow the money trail.

4. The Unions – These people are made to start protests, demonstrate and work towards disrupting the public service channels so that the people will divert their anger towards the ultimate motive of the regime change operators.

5. Opposition Rallies – work in unison with media to enable full media coverage and portray a scenario to shift the people’s thinking. This happens no sooner a government is sidelined to be overthrown. Syria is one such victim as was all the Arab Spring nations.

6. The ‘Moderates” – People kept in the public domain and helped by media to project them as ‘intellectuals’ in society who would come in to the fray and explain why a government should be toppled. They are funded to speak on international podiums and paid handsomely for their services.

7. New entrants – Lawyers, Youth, Academia : These new enlisted parties are also heavily funded tapping into their personal ambitions and self-interests and knowing they would easily betray the best interests of the nation they are born into. These new entrants will be sent overseas, will be showered with gifts in the form of the latest communication systems, will be sent for overseas training and then spoonfed on what to do when they return home. Watch out for embassy officials visiting universities, striking ‘rule of law’ mou’s with local legal associations.

With this scenario now quite obvious and plenty of examples to take from countries that have been targeted for regime change and actually changed the other scenario is the question that many must be thinking.

If a country is targeted for regime change, it is the leader who is wanted out of the scene. What if the leader decides not to go against the tide in his disfavour but appeal for clemency?

The golden rule here is that – this is the biggest and dumbest mistake to make. Gaddafi is a shining example of that folly. Thinking he could work some compromise with the West he chose not to align with Russia or China and that cost him dearly. He was dragged from a sewer and then killed in the most inhuman way. These rebels who killed him were sponsored by the West, the ‘civilized’ society that watches on tv its troops kill an unarmed one-time friend and then lies about it thereafter (Osama bin Laden).

The compromise formula will certainly be pushed but becomes only a trap to distance the leaders from the public and once that is done the public will declare their leader a traitor to the nation and the regime change objective is more or less sealed. The leaders that do compromise a nation and its people in lieu of thinking they will get off the hook will find that no such thing would happen and the people will brand them traitors of the nation forgetting any good they had done.

Therefore the option of striking a deal is not an option at all as Saddam, Gaddafi and Osama found out too late. Western leaders want their dirty secrets to be buried and forgotten.

However what needs to be clearly said is much of the troubles stem from the faults of politicians/leaders themselves in overdoing their governance.

Corruption is a key area that Third World leaders cannot deny guilt in, moreover incompetency, a docile public service largely as a result of political appointments does not in any way help the scenario. Incompetency surfaces every time an issue arises and despite a large number of people holding key posts no one has the brains to deliver. In this particular instance, it is shameful that political parties in Sri Lanka have failed to nurture educated professionals into vying for parliamentary positions. Instead, nominations are being given to people whose ability to deliver at even local levels in terms of strategic thinking, planning and solutions to raise Sri Lanka is questionable. This is not a time for Sri Lanka to be producing ceremonial MPs who do not have the ingredients to govern and that matched with incompetent public service leaves little to the imagination on what the ultimate outcome is.

Known devil better than unknown angel – This perfectly sums up what the people of Yugoslavia, Kosovo, Libya, Sudan, Egypt, Iraq must all be thinking – but a little too late. They fell for the media lies, they were fooled with ‘liberation’ slogans, the world was fooled by ‘false images’ which end up even getting world awards. The Yemeni activist that started the student revolution won the Nobel Peace Prize! Today, all the nations that the US and Allies descended on invading and occupying them are all in total disarray.

The human rights slogan is a total lie – it’s a sham that the West is riding on to descend on nations helped through an international body called the UN run by stooges of the West most of whom are natives of the nation’s being targeted or those who prefer to be amongst Western company rather than their own.

It is now time to close down the UN and launch another entity that works in the interests of the nations that had been victimized for over 500 years. The legacy of criminality by the very nations that invaded and occupied countries during colonial rule continues in a different form. These very nations are now trying to descend on nations once more through a bogus R2P humanitarian intervention theory created by them. The international body that pretends to work for peace has done nothing to bring about world peace. A UN that allows countries to be bombed and then adds sanctions is a UN not working towards peace and has broken its very mandate. UN is a spent force. It has nothing to offer the world or its people. It is only a servant of the West and its interests.