Rudrakumaran: What is the US stand on a US citizen, subject to Federal Laws being involved with the LTTE and its leader Prabakaran? 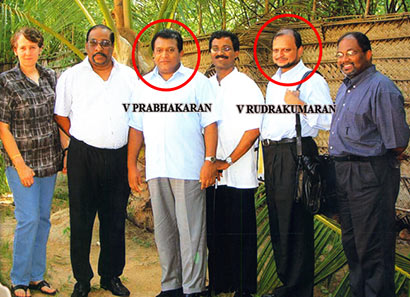 LTTE was not only composed of Prabakaran and his ground troops. LTTE had and continues to have a very large international network of people who had been throughout funding, aiding and abetting, providing tangible and intangible support directly and indirectly and these people were not only Tamils but foreign and Tamils holding foreign passports. Their links and association with the LTTE over the years makes them liable to be charged under domestic and international laws for their crime in being part of a designated foreign terrorist organization. Rudrakumaran is a US citizen but US citizens are prohibited from providing material support to FTOs. LTTE was declared a FTO in 1997 by the US making Rudrakumaran liable for association with the LTTE since that date under US laws. If the US has declared ‘we will continue to locate and prosecute those who fund and support terrorist organizations, wherever they reside’ we feel it is now time the US keep to its word and went after V Rudrakumaran, a US citizen who has been providing material support to the LTTE and who functioned as its legal advisor and is now continuing the LTTE movement under the name TGTE.

Can a naturalized US citizen, working as an immigration attorney, heading an unusual ‘government’ calling itself the ‘transnational government of Tamil Eelam’ with not many people aligned to it BE INVOLVED AND BE HELD ACCOUNTABLE FOR HIS ASSOCIATION WITH AN INTERNATIONALLY PROSCRIBED TERRORIST MOVEMENT?

Evidence of US citizen Rudrakumaran links to LTTE

Legal ramifications against Rudrakumaran for being involved with a terrorist movement

US Laws applicable against Rudrakumaran

In 2013 Rudrakumaran has been publicly reprimanded by the United States Courts Committee on Admissions and Grievances for serious misconduct – http://www.priu.gov.lk/news_update/Current_Affairs/ca201401/20140109us_court_publicly_reprimands_eelam_leader_rudrakumaran.htm Rudrakumaran’s SLIM defense * Rudrakumaran will argue his case on the US 1st amendment right guaranteeing ‘Free Speech’, however the US Supreme Court has made a distinction between a person who is in close coordination with a FTO and making pronouncements and a person making the same pronouncement as an independent individual who has no links to a FTO. Clearly, Rudrakumaran cannot deny or disassociate himself from graphical links via photos and statements made on behalf of LTTE when Rudrakumaran functioned as LTTE’s legal counsel. US Supreme Court ruling says that a person will be found guilty if the ‘speaker knows to be terrorist organizations’ – Rudrakumaran was well aware of LTTE’s terror and the scores of murders, assassinations which included the killing of a foreigner Rajiv Gandhi and President Ranasinghe Premadasa amply denies Rudrakumaran to say he was not aware of LTTE’s terror ways. Knowing LTTE’s terror was it not wrong for a US citizen as Rudrakumaran to speak on behalf of a FTO? This is what the USSC ruling implies and this is what Rudrakumaran should be pressed to respond to. US citizen Rudrakumaran being an attorney was well aware that LTTE was a designate FTO and he should not have had links to the LTTE as a result. He has the liberty to describe LTTE as a liberation organization but as a US citizen he does not have the liberty to speak on behalf of the LTTE. That is the difference and that is where Sri Lanka should hound Rudrakumaran.

Freedom of Speech is curtailed by the clause “under the direction of, or in coordination with foreign groups that the speaker knows to be terrorist organizations.” Rudrakamaran has thus violated USSC ruling because he knew LTTE was designated a FTO since 1997 but is advocating LTTE’s right to procure arms. US needs to take action against this violation of its Supreme Court ruling.

The US laws applicable to V. Rudrakumaran

Plaintiffs claim Congress has banned their ‘pure political speech’. However, plaintiffs can speak and write freely about PKK / LTTE… ‘the statute does not prohibit independent advocacy or expression of any kind’, plaintiffs can even become members of the PKK /LTTE BUT Congress prohibits ‘material support’ which does not constitute any form of speech.

Pro-LTTE websites and publications describe V Rudrakumaran as being the legal advisor to the LTTE – Rudrakumaran has not dismissed or taken legal action against any of these publications if they had been lying. Example of Rudrakumaran publicly speaking on behalf of the LTTE: http://tamilnation.co/conflictresolution/tamileelam/cnfZU06/05rudrakumaran.html International Seminar: Envisioning New Trajectories for Peace in Sri Lanka
Organized by the Centre for Just Peace and Democracy (CJPD)
in collaboration with the Berghof Foundation, Sri Lanka
Zurich, Switzerland 7 – 9 April 2006 / Session 5 Process Analysis of the Peace Process LTTE’s Flexibility in the Current Peace Process 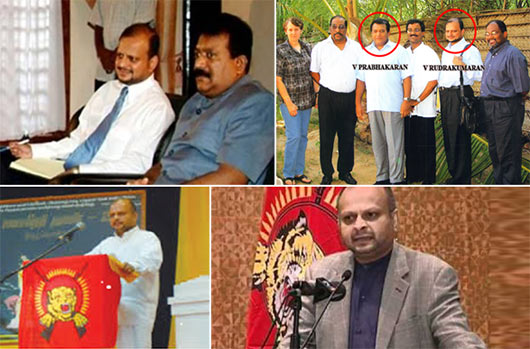 The links to V Rudrakumaran with the LTTE and Prabakaran are not merely ties of association. Rudrakumaran held posts in the LTTE and functioned as a legal advisor and was a key player in all discussions held with foreign nations on behalf of the LTTE. These examples make him directly tied to the US Supreme Court ruling on ‘material support’ where he was well aware that, he as a US citizen was doing wrong to function on behalf of the LTTE designated as a FTO by the US since 1997.

We now need for the US to keep to its word, follow its own legal rulings and immediately take legal action against V Rudrakumaran for his role in material support to the LTTE, a FTO while being a US citizen.

1 Response to Rudrakumaran: What is the US stand on a US citizen, subject to Federal Laws being involved with the LTTE and its leader Prabakaran?

Home » Rudrakumaran: What is the US stand on a US citizen, subject to Federal Laws being involved with the LTTE and its leader Prabakaran?