Sajith obstructed from inquiring into wellbeing of protesters 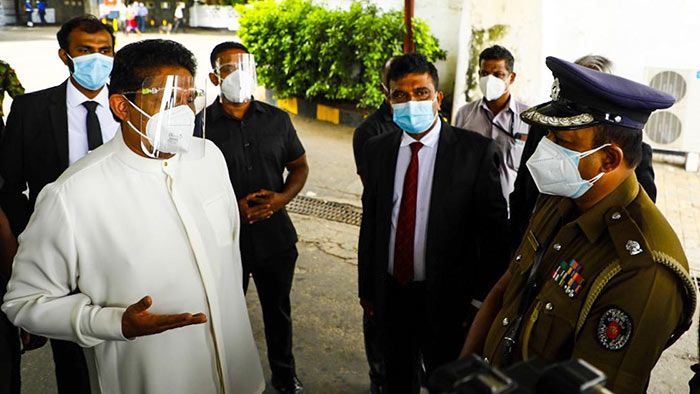 A group of individuals including Leader of the Opposition Sajith Premadasa who went to inquire about the condition of teachers and others arrested during yesterday’s protest in front of the Presidential Secretariat have been obstructed by Police.

The 44 suspects are currently being held at the Harbour Police Station.

However, the group including the Opposition Leader were not allowed to enter the Police Station.

MP Premadasa said visiting the detainees is his right and responsibility as the country’s Opposition Leader and a public representative, adding his rights have been violated and rendered him unable to carry out his responsibilities.

The Parliamentarian said he would take action in this regard due to the violation of his privileges.

He said the Police Officers and officials of the Sri Lanka Ports Authority are making contradictory statements as to whose consent is required for him to meet with the arrested individuals.

MP Premadasa raised concerns over the state of the country’s democracy adding he will raise this point in Parliament due to the violation of his privileges.

Meanwhile, Samagi Jana Balawegaya Parliamentarian Nalin Bandara Jayamaha said a majority of the detainees are women with some, breastfeeding mothers.

MP Jayamaha questioned the Minister of Public Security Sarath Weerasekera and the Inspector General of Police CD Wickramaratne on whether their wives were capable of enduring a similar fate.

He said he brought clothes to the location in a respectful manner and as a teacher himself, as they need to appear before Court.

The Parliamentarian charged Minister Weerasekera of allowing other individuals access to a change of clothes while barring the option to teachers.

MP Jayamaha said detaining the group arrested by six different Police Stations at the Harbour Police was merely the government’s agenda of barring lawyers, trade union leaders and politicians from meeting with the group.

The Parliamentarian said they will voice their concerns over the violation of their privileges and democracy. 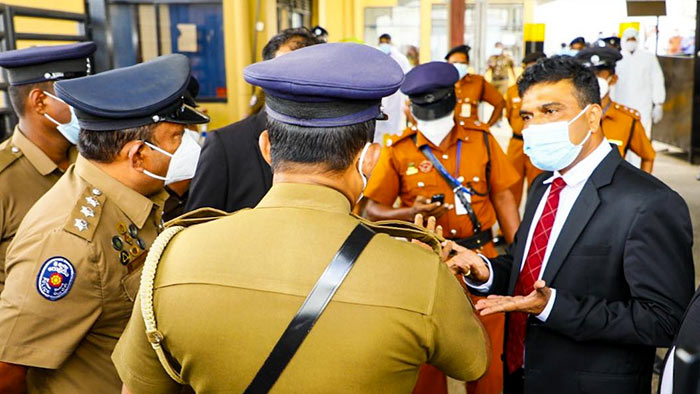 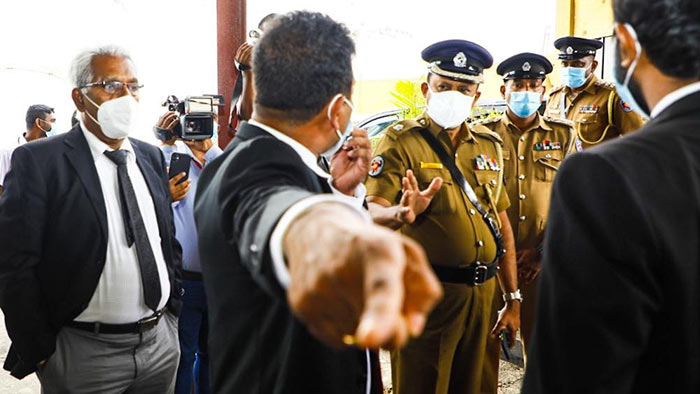 1 Response to Sajith obstructed from inquiring into wellbeing of protesters

Home » Sajith obstructed from inquiring into wellbeing of protesters