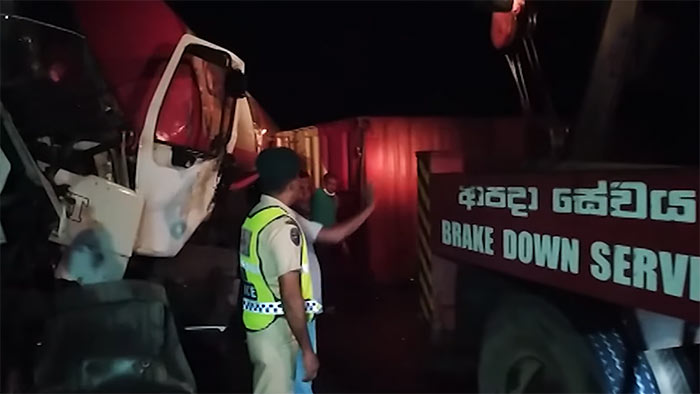 Traffic congestion was reported on the Southern Expressway towards Matara this morning (May 28) due to an accident, now the road has been cleared and reopened, police said.

The section remained closed since last night (May 27) due to an accident, in which a fuel bowser collided with a lorry.

The lorry which had overturned on the road after the accident has been removed and the traffic is continuing as normal, police stated.