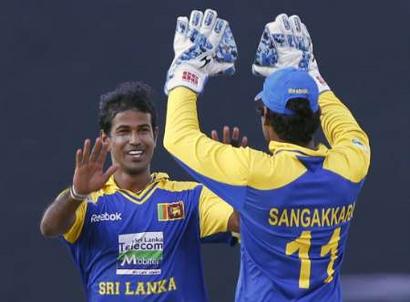 COLOMBO, Sri Lanka (AP)—Sri Lanka has imposed a temporary ban on its cricketers playing in foreign leagues to help it select a squad for next year’s World Cup, an official said Monday.

Brian Thomas, Sri Lanka Cricket media manager, said the ban affected 76 players, who are set to be sent away to a camp so they can be assessed by national selectors.

“All contracted players have been told not to take part in any overseas leagues,” Thomas said.

Former captain Sanath Jayasuriya and seam bowler Chaminda Vaas, who currently are playing for English counties Worcestershire and Northamptonshire respectively, are among the players expected to return home.

Sri Lanka is one of the co-hosts of the World Cup starting next February, along with India and Bangladesh, and will be looking to repeat its tournament success in 1996.