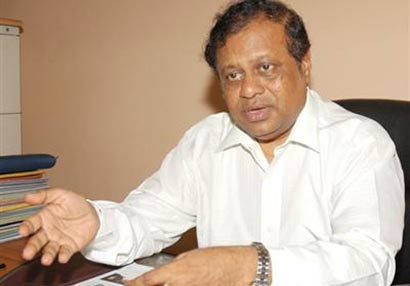 Colombo, May 8 (Xinhua-ANI): Sri Lanka said Tuesday that part of jet fuel imported from a British company in Singapore had been contaminated and was rejected.

Minister of Petroleum Susil Premjayantha told Xinhua that when the consignment arrived at the Colombo port it was found that 7, 500 metric tons of jet fuel could not be used.

He said that Sri Lankan had placed an order for 20,000 metric tons of Jet A-1 fuel from British Petroleum Co. in Singapore.

The consignment arrived in two containers and when the normal tests were carried out at the port on the fuel it was found that 7, 500 metric tons of fuel in one container was contaminated.

“We rejected that container since it seemed there was some sort of contaminated and we could not use it as jet fuel,” the minister said.

However he said that the authorities at the national Ceylon Petroleum Corporation (CPC) later negotiated with the British company to purchase the contaminated jet fuel as kerosene.

Premjayantha said that the Sri Lankan authorities did not suffer any financial loss by purchasing the contaminated fuel as kerosene.

CPC meanwhile said that production of Jet A-1 fuel at a local refinery was maximized by reducing production of kerosene to meet the aviation fuel demand after the contaminated fuel had to be rejected.

Premjayantha said that he has now sought a report from the Ceylon Petroleum Corporation regarding the contaminated fuel.

Last year the Sri Lankan authorities faced a crisis when fuel imported for vehicles and distributed to fuel stations was later found to have been contaminated.

The vehicle owners who had used the contaminated fuel resulting in their vehicles being damaged, were later compensated by the government. (Xinhua-ANI)