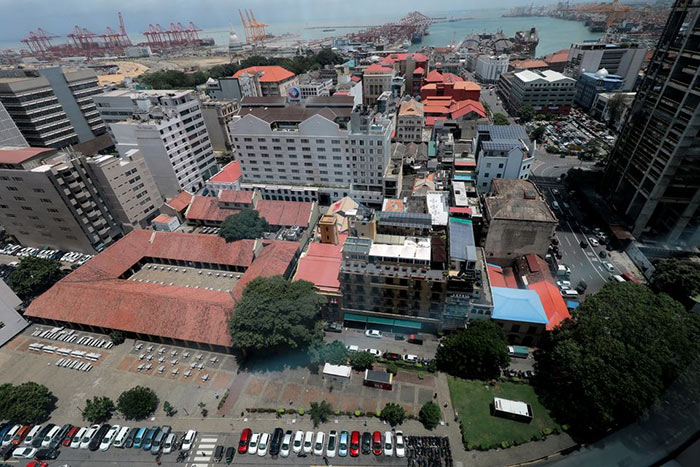 Sri Lanka’s central bank is expected to keep rates steady as inflation shows signs of easing and as authorities focus on discussions to secure a $2.9 billion International Monetary Fund (IMF) bailout to stabilise its crisis-hit economy.

Thirteen out of 15 economists and analysts polled by Reuters forecast rates to remain unchanged at Thursday’s policy announcement, as the Central Bank of Sri Lanka (CBSL) waits for the effects of its earlier hikes to filter through to prices and the broader economy.

“Things have stabilised to some extent on the monetary side, but not the economy as a whole. If global economic stress starts to ease and if Sri Lanka secures an IMF deal before next March we can expect rate cuts in mid-2023,” said Visaahan Arumainayagam, analyst for Colombo-based brokering firm Asha Securities.

The CBSL has raised rates by a record 950 basis points this year to battle runaway inflation which has piled pressure on an economy grappling with its worst crisis since independence from Britain in 1948.

After hitting an annual peak of 68.9% in September with food inflation climbing to 93.7%, consumer inflation moderated slightly to 66% in October.

Sri Lanka’s economy shrank 8.4% in the quarter through June from a year ago in one of the steepest declines seen in a three-month period, amid fertilizer and fuel shortages. The central bank is forecasting gross domestic product to contract 8.7% in 2022, one of the worst full year slumps on record.

An acute dollar shortage has left Sri Lanka struggling to pay for essential imports of food, fuel and medicine, with all eyes on the IMF bailout to try and stabilise the nation’s perilous debt situation and finances.

“The key challenges will be getting the debt restructuring plan through, getting an IMF programme underway, securing bilateral funding support and addressing the structural issues that led to a fiscal and current account deficit,” said Rehana Thowfeek, economist for think tank Advocata Research.

“Sri Lanka is in need of some deep economic reforms which are politically challenging, overcoming this will be difficult.”