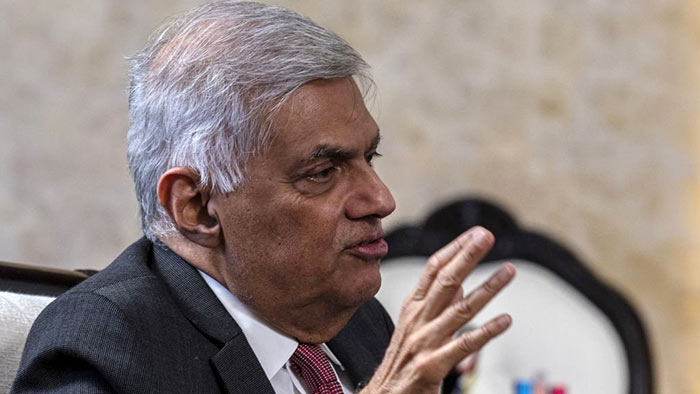 Sri Lanka is urging China to dramatically change its stance on debt relief, President Ranil Wickremesinghe told Nikkei Asia in an exclusive interview, conceding that reaching a deal will be no simple task.

The appeal to China, the bankrupt Indian Ocean nation’s largest bilateral lender, has emerged as a formidable challenge to Wickremesinghe, who is leading the country’s financial team as it attempts to rebuild an economy starved of foreign reserves and mired in misery. The effort is likely to feature prominently in a fresh round of discussions between Colombo and International Monetary Fund representatives arriving Wednesday.

“We have informed the Chinese government [of] the need to restructure [the debt] and the need for all the creditors to sing from the same hymn sheet,” Wickremesinghe told Nikkei.

But the six-time prime minister, who won a parliamentary vote for the presidency and began his term on July 21, sees a complex path to spurring a change of heart in Beijing, hinging partly on Sri Lanka’s other lenders.

“China, of course, has adopted a different approach, so it is a question of what is the agreement that the [other creditor] parties can reach with China,” he said during a 40-minute conversation in his wooden-paneled office at the Presidential Secretariat, a colonial-era building that faces Colombo’s seafront.

Wickremesinghe was responding to a question about China’s preferred route of refinancing its loans or deferring the repayment dates for countries in debt to Chinese banks — rather than restructuring the loans and settling for a loss-making “haircut.”

An IMF statement on the eve of its visit highlighted, albeit obliquely, that the China factor is set to shape Sri Lanka’s economic fortunes.

On the prospects for giving Sri Lanka a multibillion-dollar bailout, the fund said: “Because Sri Lanka’s public debt is assessed as unsustainable, approval by the IMF Executive Board of the [Extended Fund Facility] program would require adequate assurances by Sri Lanka’s creditors that debt sustainability will be restored.”

The Washington-based fund’s team is scheduled to be in Colombo until the end of this month. Seasoned observers see it pushing the Wickremesinghe administration to persuade the Chinese ahead of any staff-level agreement with the IMF.

“Sri Lanka will have to convince the Chinese to come on board with a haircut,” said Murtaza Jafeerjee, managing director of JB Securities, a financial consultancy in Colombo. “Chinese debt [to Sri Lanka] is in dollars … and it would not be in China’s interest to be a spoiler.”

The list of creditors in the $81 billion economy ranges from Western sovereign bondholders, who together account for the largest $14 billion slice of debt, to bilateral players such as China, Japan and India. Then there are the multilateral lenders — the Asian Development Bank and the World Bank.

The country’s outstanding foreign debt is a staggering $51 billion, with some independent economists estimating that China’s lending to Sri Lanka from 2001 to 2021 amounted to nearly $9.95 billion.

Sri Lanka had a foreign debt bill of $6.9 billion that it had to service in 2022 but defaulted in April after it ran out of foreign reserves, a first in the South Asian nation’s history.

The country of 22 million currently has $300 million worth of usable foreign reserves, not enough to ensure a steady flow of food, fuel and pharmaceutical imports. The latest figures from the Department of Census and Statistics show that food inflation in July soared to 82.5% on the year.

The crisis has swept away previously comfortable lives for tens of thousands and, in April, sparked months of anti-government protests that forced out Wickremesinghe’s predecessor, the hawkish President Gotabaya Rajapaksa.

“People have a right to be concerned about the economy which affects their lives,” Wickremesinghe said. “There has been a drop in living standards … a drop in their purchasing power. What we are witnessing now is the fast contraction of the economy.”

But Wickremesinghe has inherited more than a tattered economy from Rajapaksa. The previous administration, once viewed as pro-China, strained diplomatic ties with Beijing over multiple spats. They involved Colombo rejecting a shipload of Chinese fertilizer and giving a cold shoulder to a Chinese company’s role in building a highway.

The Rajapaksa government also did an about-face on the fate of a cluster of islands in Sri Lanka’s northern waters, which were given to India after being initially offered to China. The islands are close to India, which is locked in a geopolitical tussle with China for influence in the Indian Ocean.

Pleasing China will test Wickremesinghe, a foreign affairs veteran, as he courts Beijing over the debt. This was all too apparent earlier this month when Sri Lanka asked China to defer a port call by a military survey vessel due to protests by India. The move prompted a furious response from Beijing and raised concerns that it could affect the debt restructuring talks.

In the end, Sri Lanka agreed to let the ship dock.

“The geopolitical situation [in the Indian Ocean] is heating up, but so far we have been able to keep it out and look at our [debt problem] in a purely economic manner,” Wickremesinghe said. “But there will be issues [with] how the debt is being treated and how the debt relief is to be treated. They will have some geopolitical implications.”