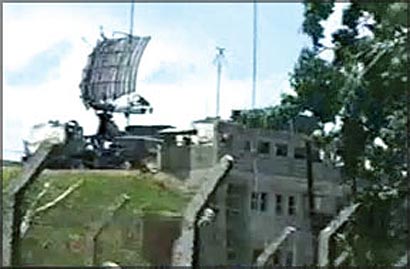 CHENNAI: Sri Lanka quietly asked the United States for assistance to improve its air defence systems as India-supplied radars had proved insufficient to prevent an attack by LTTE aircraft on the Katunayake air base in March 2007, but it agreed with the Americans that New Delhi must be kept in the loop.

Defence Secretary Gothabaya Rajapakse summoned U.S. Ambassador Robert O. Blake and the Defence Attache at the U.S. Embassy on March 30, 2007 and sought a visit by a U.S. military team to assess how Sri Lanka could improve its air defence systems against future LTTE air attacks.

The meeting took place days after an LTTE air-raid at the Sri Lanka Air Force base at Katunayake, in which several helicopters, including two Mi-17s on loan from India, were damaged.

At the time, there were media reports that the Indian radars had failed to detect the aircraft, but Sri Lankan officials denied the reports.

According to a cable sent from the U.S. Embassy in Colombo on April 1, 2007 (102721: confidential) and accessed by The Hindu through WikiLeaks, Mr. Gothabaya Rajapakse told the envoy that Sri Lanka’s current radar systems were “not sufficient” to meet the LTTE air threat.

Two radars provided by India had two-dimensional capabilities, and two more were on the way, Mr. Rajapakse said. Sri Lanka had asked India for three-dimensional radars, “but after years of not receiving them, decided to purchase a Chinese system that is now in the process of being installed.

Mr. Gothabaya Rajapakse told Mr. Blake that in addition to the radar systems, “not a single L70 anti aircraft fire direction radar – ALSO provided by India was working making any attempts to shoot down an aircraft at night difficult.

The Defence Secretary said that radars in Vavuniya had picked up an unidentified aircraft; so had the civilian radar at Katunayake at the last minute. But otherwise the attack had escaped detection.

The LTTE aircraft was able to travel from northern Sri Lanka, along the western interior of the country, strike the airfield and return to the north.

The U.S. Ambassador told Mr. Gothabaya Rajapakse he would convey this to Washington immediately. Noting “the importance of working in a transparent manner,” he asked if in the event of Washington acceding to the request, Sri Lanka would have any objection to keeping India in the picture, as New Delhi had supplied some of the radars.

Mr. Rajapakse had no objection to this but suggested that Sri Lanka would take on the responsibility of informing New Delhi, after the U.S. decided whether or not to send the team.

The cable commented that Mr. Rajapakse “clearly understood” that if the team approved setting up a new radar, this would “likely not be free.

Mr. Rajapakse also suggested that since the U.S. had already assisted Sri Lanka in setting up a maritime surveillance radar, there could be merit in establishing an integrated air and maritime system.

The U.S. followed up quickly. At a meeting on April 3 with Sri Lankan Foreign Minister Rohitha Bogollogama, the very first point that Assistant Secretary for South Asia Richard Boucher took up was the state of Sri Lanka’s air defences and the government’s plan to deal with the LTTE air threat (cable 103423: confidential).

“Bogollagama claimed that the three radars provided by India require down time every eight hours, and the government was investigating if the one installed at Katunayake air base was down during the Tigers’ air strike,” according to the cable from the U.S. Embassy in New Delhi, sent on April 5.

The Sri Lankan Foreign Minister said radar efficiency levels were being discussed, and that his government had asked India for two more two-dimensional radars and a 3-D radar.

Washington appears to have sent an assessment by May 2009. The matter had assumed urgency after further LTTE air raids on oil/gas storage facilities at Kolonnwawa and Muthurajawela on April 29.

On May 25, in line with its desire to keep India informed, the U.S. Embassy in New Delhi informed the MEA of a “recent survey” by a U.S. military team of Sri Lanka’s air defence capabilities, according to cable sent on May 30, 2007 (110122: confidential).

“[The Defence Attache] relayed that the eight-man team’s mandate was to identify possible improvements to current GOSL air defense systems commensurate with the current and foreseeable capabilities of the GOSL air force and its budgetary realities,” the cable noted.

When the MEA official, Director Suchitra Durai, asked if the team had made final assessment of radar equipment to be provided and if the U.S. would share this with the Indian government, the Defence Attache told her it was “too early to predict the exact systems and installation timelines.

Despite all the talk of U.S.-India “common interests” in Sri Lanka, India seems to have separately exerted pressure on Colombo to move the planned installation of a U.S.-provided coastal radar system from the north of the island to the south. But New Delhi eventually backed off.

On June 5, Commodore Lakshman Illangakoon of the Sri Lankan Navy provided the U.S. Embassy in Colombo a “readout” of his meeting in New Delhi with Indian Navy officials.

The cable, sent on June 13, 2007, notes that India had been pressing Sri Lanka to have the U.S. system moved to Sri Lanka’s southern coast and install an Indian-provided system (111852/confidential/ noforn).

“Illangakoon told us the Sri Lanka Navy Commander had instructed him to hold firm that the U.S.-provided coastal radars should be installed in the north, if necessary over Indian objections”

But at the New Delhi meeting, Commodore Illangakoon was informed that India had lifted its objections to the installation of the U.S. radar in the north.

An Indian Embassy official told the U.S. Embassy Defence Attache in Colombo that India would “consider other options, such as placing Indian-provided radars alongside the U.S. system to cover dead spaces.”